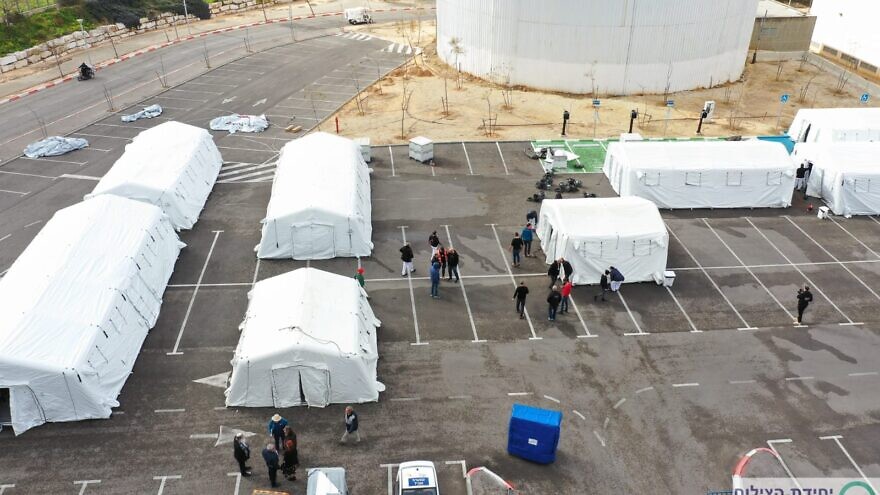 (March 14, 2022 / JNS) Israel announced on Monday that it has officially approved a field hospital for refugees in Western Ukraine.

According to the Israeli Foreign Ministry, the humanitarian mission—dubbed “Kochav Meir” in Hebrew (“Shining Star”)—is named after the late Israeli Prime Minister Golda Meir, who was born in Ukraine. It is intended to treat refugees fleeing to the western half of the country and expected to be active for about a month.

The hospital will include an emergency room and a delivery room, in addition to departments for treating men, women and children. Imaging and laboratory capabilities (X-rays) will be available, and remote technologies will be used in conjunction with Sheba Medical Center in Israel.

The operation, to be led by Israel’s Foreign Ministry and Ministry of Health, and will be operated by Sheba Medical Center, Clalit Health Fund’s Schneider Children’s Medical Center, as well as a delegation of medical personnel from across the country’s health-care system.

The hospital is expected to cost NIS 21 million ($6.4 million), which will be funded by the Prime Minister’s Office, the Foreign Ministry and the Health Ministry, with assistance from the Schusterman Family Philanthropies, which contributes to national and social projects in Israel, as well as the Ameican Jewish Joint Distribution Committee, or JDC.