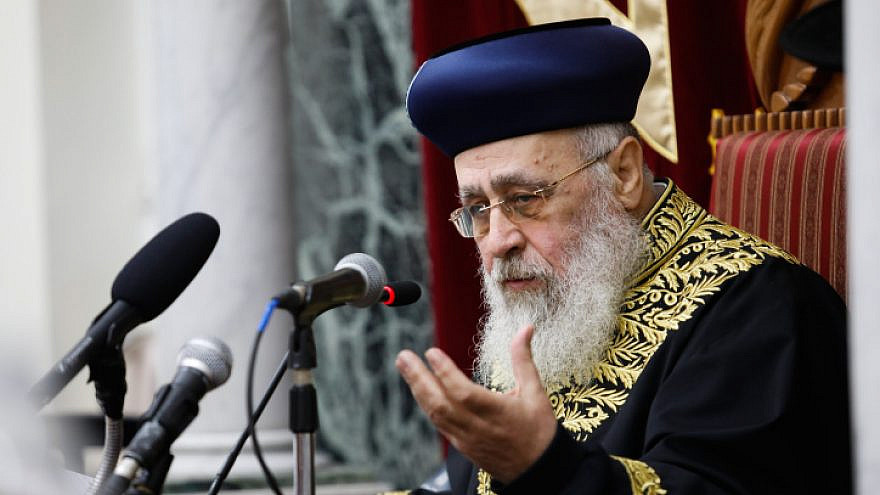 “We will not tolerate this. This violence is not us. We will restore administration and governance in Israel’s cities everywhere, in all cities, in the Jewish-Arab integrated cities, in Jewish cities, everywhere,” he stated.

Violent confrontations have continued throughout Lod, Akko, Bat Yam, Jaffa, Haifa, Tiberias, Jerusalem and other locations, with multiple people injured, some of them seriously, Israel Hayom reported. More than 400 people have been arrested so far.

Sephardi Chief Rabbi Yitzhak Yosef said, “We must not be dragged into provocations and to hurting people. … The work of restoring order must be left to the police,” according to the spokesman for Israel’s Chief Rabbinate.

“Innocent Israeli citizens are being attacked by terrorist organizations; the blood is indeed hot and our hearts are outraged; the scenes are difficult to watch. However, we must not be dragged into provocations and to hurting people or harming property. According to the Torah, there is no permission to take the law into one’s hands and act violently. The work of restoring order must be left to the police. We must be a light unto the nations, and not, G-d forbid, the opposite,” he said.

On Thursday, a Jewish man was stabbed near a mosque in Lod.

The man, in his 20s, was evacuated by Magen David Adom paramedics to the Galilee Medical Center in Nahariya, on the northern coast, in serious condition and suffering from a head injury.

In Bat Yam, a Jewish mob vandalized Arab property and then assaulted an Arab driver in his car, dragging him out of the vehicle and beating him savagely.

In Jerusalem, an Arab was stabbed by Jews and seriously injured at the Machane Yehuda market on Wednesday.