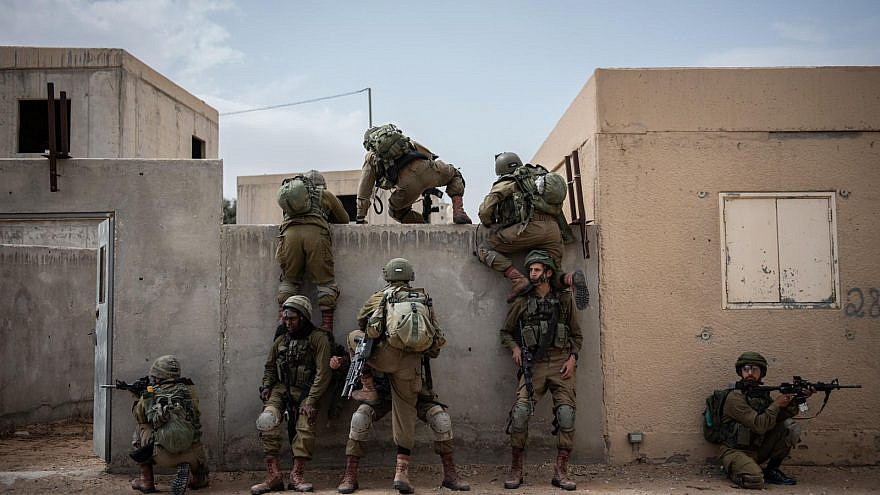 The three-month course is part of the National Defense College’s eight-month Alon program that trains junior officers, who are on their way to more senior command positions.

Col. Beni Aharon, Staff Commander at the IDF’s National Defense College and Commander of the 8th Armored (Reserve) Brigade, explained how the course has been influenced by the IDF’s recently formed Multi-Dimensional Unit, which brings together an array of different personnel from various land and air units.

Most of the trainees come from the world of land units in the Armored Corps and Engineering Corps. In the new course, they have been joined by intelligence officers, teleprocessing officers and air-force personnel, as well cyber officers from the prestigious 8200 Signals Intelligence Unit and other areas of the military.

They simulated a range of command roles and oversaw operations, bringing together not only air force and ground units but the full array of the IDF’s capabilities.

“That is the uniqueness of this first-course cycle,” said Aharon.

The role-playing training even extended to simulations of historical battles, like the IDF’s conquest of the Golan Heights and combat against Syrian military forces during the 1967 Six-Day War, which was “replayed” using modern IDF capabilities. 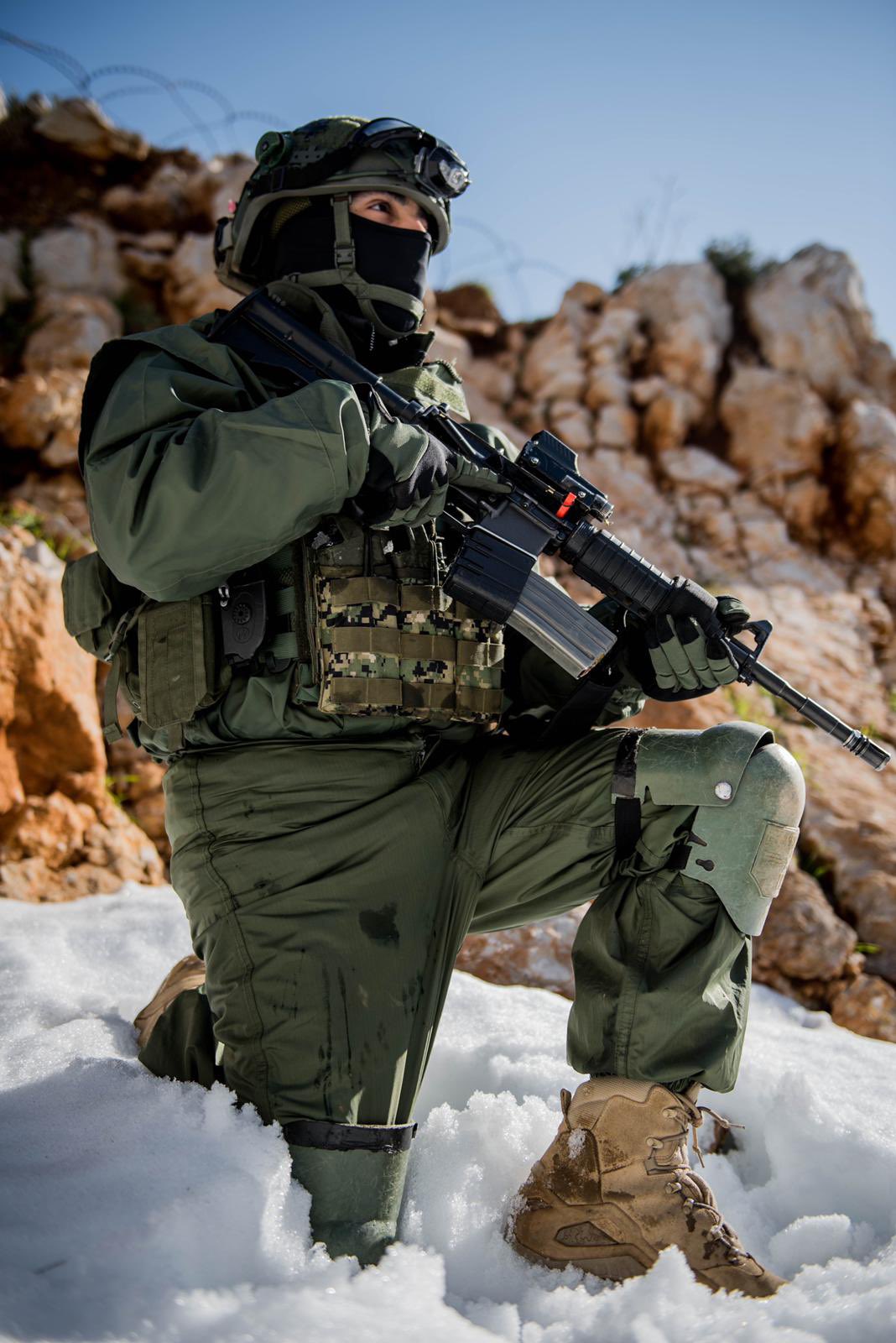 The role-playing training even extended to simulations of historical battles, like the IDF’s conquest of the Golan Heights and combat against Syrian military forces during the 1967 Six-Day War, which was “replayed” using modern IDF capabilities. Credit: IDF Spokesperson’s Unit.

“We took battles from Israel’s history and had the officers analyze them. They looked at some situations through the prism of the new [‘Victory’] doctrine. They received the same mission from 1967 and were asked how they would conduct it using today’s capabilities,” explained Aharon.

According to the IDF’s new “Victory” concept, in order for the military to be effective against the stealthy terror armies that surround Israel, units from different military branches must come together and form a single combat network. They must share data and coordinate with one another in previously unprecedented ways—whether they are on the ground, in the air, or at sea or in headquarters away from the front.

‘Speed of change in the combat world is dizzying’

The idea of units fighting separately (or achieving only low-level cooperation) is being actively phased out.

Aharon described how the IDF Chief of Staff, Lt. Gen. Aviv Kochavi, held lengthy workshops in 2019 with all of the military’s generals and many brigadier generals with the view of updating definitions on “who the enemy is and how to win. The workshops outlined what capabilities and skills the IDF will need and how the IDF will look like in the future.”

One of the products of this fundamental re-evaluation is the “Victory” concept, which spells out the essential ingredients and doctrine required by the IDF to achieve decisive results against Israel’s adversaries, as well as the needed resources.

“The big change happened after we began mixing them together,” said Aharon.

“Today, war is not about an infantry battalion commander or Armored Corps officer acting alone, or Artillery Corps and combat collection officers acting separately. We have to create synergy and inter-operability to ensure they speak the same language. This includes cyber officers, which is why members of the 8200 Signal Intelligence Unit also attended,” he said. “Anyone linked to encountering the enemy and destroying it, even if not physically, learned how to fight together.” 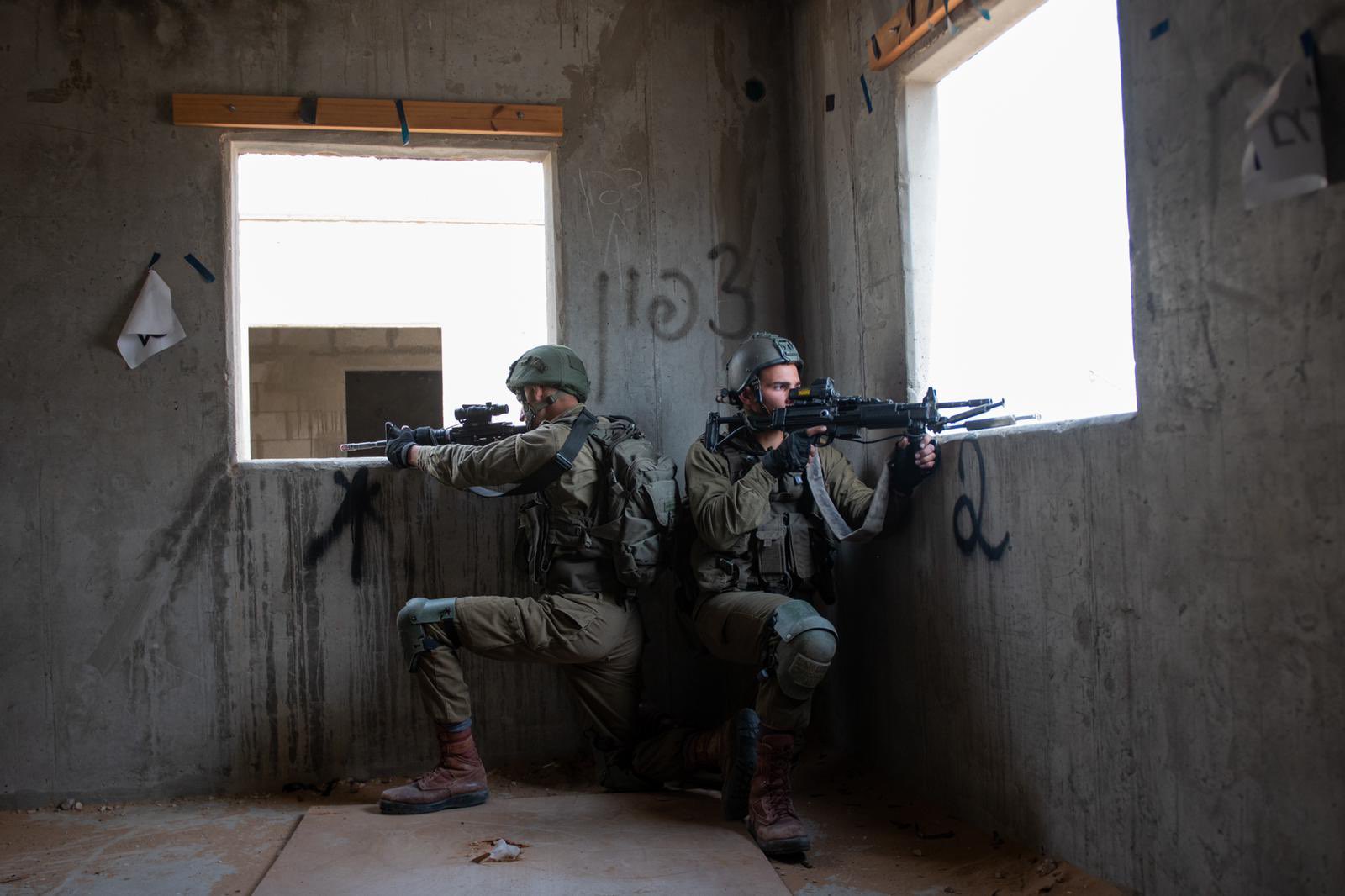 Trainees studied the qualities of enemies like Hezbollah and Hamas, which arrive and vanish quickly, and are armed with advanced weapons like suicide drones. Credit: IDF Spokesperson’s Unit.

“The IDF understands that speed of change in the combat world, like in the high-tech world, is dizzying,” continued Aharon. “If we don’t adapt to the technical capability the enemy can bring to the field, if we don’t change our organizations’ structure and the ways in which we think about problem-solving and weapons, we will be left behind.”

“It’s important to say that we focused on the fundamentals,” he added. Beyond that, the officers were trained to prepare to adopt future combat doctrines.

Trainees studied the qualities of enemies like Hezbollah and Hamas, which arrive and vanish quickly, and are armed with advanced weapons like suicide drones, stated Aharon.

“We met with the Multi-Dimensional Unit and learned about all of the things that happened in it, and which lessons can be applied tomorrow morning, as well as what can be developed in the future,” he added.

During war games, officers specifically got handed roles that differ from the ones they’re slated to carry out in their future military careers—rather, they received roles that complement their efforts. For example, an intelligence officer was assigned the role of being a brigade fire-assistance officer (in charge of coordinating supporting firepower) and vice versa. An air-force member received the role of a land-based battalion commander.

“They experienced full multi-domain co-operation,” said Aharon. “An officer from Unit 8200 responsible for the cyber domain in Gaza and the Sinai Peninsula encountered for the first time how a battalion commander on patrol thinks, what disturbs him and what his requirements are.”