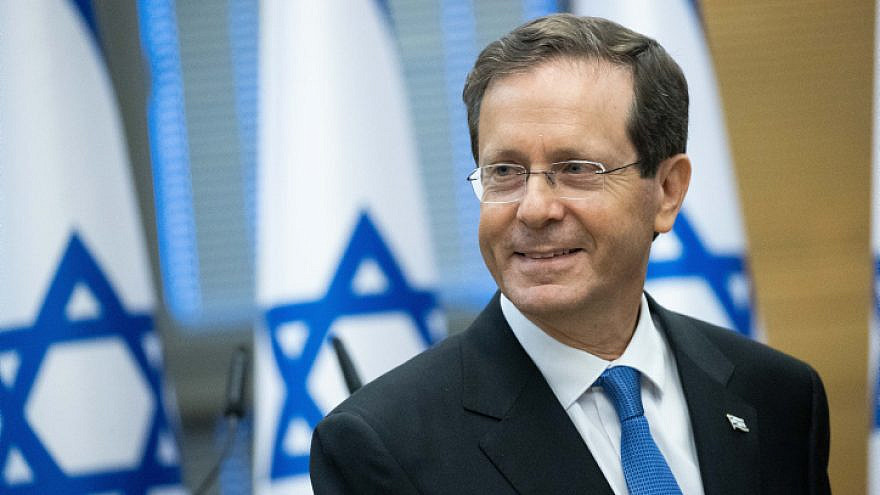 The two leaders discussed “core issues in the dialogue between our states,” including an agreement to import agricultural produce during Israel’s shmita (agricultural sabbatical) year, according to a statement from Herzog’s office. Also discussed were energy, sustainability and the “climate crisis,” according to the statement.

Herzog noted after the meeting that it has been a year since the signing of the Abraham Accords normalization agreements, which he said had “created an important regional infrastructure.”

“They are highly important agreements, which are transforming our region and the dialogue within it,” he said.

Such dialogue, he added, is “very important” for Israel’s strategic and diplomatic interests.

Herzog’s meeting with King Abdullah was the latest in a series of recent high-level meetings between Israeli and Jordanian officials.

Israeli Foreign Minister Yair Lapid met with his Jordanian counterpart, Ayman Safadi, on July 8 at the King Hussein Bridge. Following the meeting, they announced new agreements on water and trade.

Israeli Prime Minister Naftali Bennett had met secretly with Abdullah in Amman the week before. It was the first meeting between a sitting Israeli premier and the Jordanian monarch in more than five years.

According to Israeli media reports, the two leaders agreed to open a “new page” in relations between their respective countries.