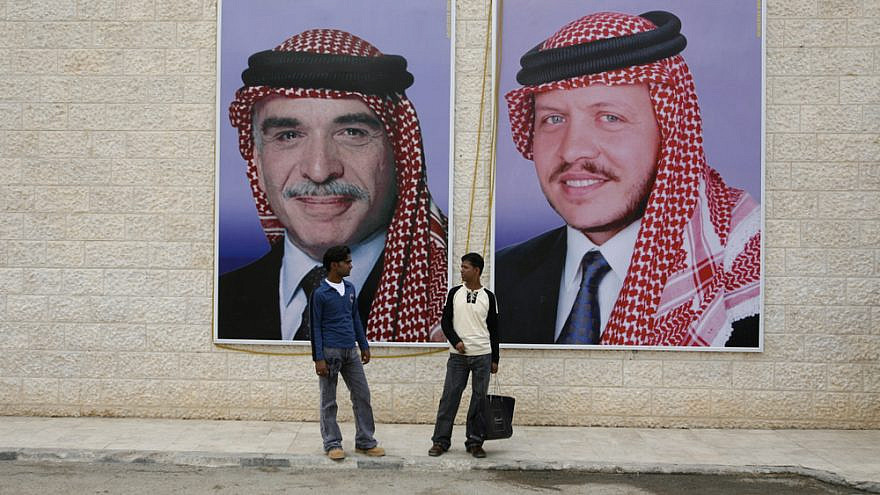 (July 9, 2021 / JNS) The United State and Israel appear to be moving to bolster relations with Jordan as part of an effort to shore up Jordan’s King Abdullah amid concerns over his country’s stability.

Israeli Foreign Minister Yair Lapid met with his Jordanian counterpart Ayman Safadi on Thursday at the King Hussein Bridge, where the two announced significant new agreements on water and trade.

Under the deal, water-starved Jordan will purchase an additional 50 million cubic meters of water from Israel and increase its exports to Palestinian Authority-controlled areas of the West Bank from $160 million a year to around $700 million.

The deals came following a secret meeting between Israeli Prime Minister Naftali Bennett and Abdullah in Amman last week, according to the Israeli news site Walla, which broke the story on Thursday.

According to the report, the meeting between the two leaders was positive, and they agreed to open a “new page” in relations. The meeting was the first between an Israeli prime minister and the king of Jordan in more than five years.

It also comes ahead of the Jordanian monarch’s visit to the White House on July 19.

“His Majesty’s visit will highlight the enduring and strategic partnership between the United States and Jordan, a key security partner and ally of the United States,” the White House said in a statement.

“It will be an opportunity to discuss the many challenges facing the Middle East and showcase Jordan’s leadership role in promoting peace and stability in the region.”

The meeting will be Biden’s first with an Arab leader at the White House since taking office and is being seen as an opportunity to reset relations between the U.S. and Jordan. Abdullah strongly opposed former U.S. President Donald Trump’s Middle East peace plan, which he saw as undermining Jordan’s historic role as the custodian of the holy sites in Jerusalem.

‘Broaden cooperation for the good of the two countries’

Meanwhile, the United States also quietly announced that it was shifting army bases from Qatar to Jordan. While the move is being seen as a way to provide leverage against Iran—specifically, to decreases the threat of rocket or mortar attacks from Iran or its regional militias in Iraq against U.S. forces in the region—it may also be a measure to further cement America’s strategic alliance with Jordan.

The army camp in Qatar served as a forward staging area for U.S. supplies in the Middle East with 27 warehouses storing tanking, armored personnel carriers and a variety of equipment, according to the U.S. Army. Supplies from the three bases formerly in Qatar, as well as a support mission-based there, are now part of Area Support Group-Jordan, said U.S. Central Command (CENTCOM).

The stability of Jordan is vital for Israel, which has long seen its neighbor as a strategic partner economically, socially and politically. The two countries signed a peace deal in 1994 and have since cooperated on national security issues, intelligence and economic development. Yet relations between its people remain frosty.

Jordan has faced numerous challenges in recent years, such as dealing with the spillover of refugees from conflicts in Syria and Iraq that have strained its economy and its internal cohesion, including among its sizable Palestinian population. More recently, the coronavirus pandemic has further strained the economy and sent unemployment rates skyrocketing to nearly 25 percent in the kingdom at the end of 2020. At the same time, Jordan faces a severe water shortage as groundwater supplies dry up and its population continues to grow.

The discontent appears to have boiled over in recent months. In April, King Abdullah’s half-brother Prince Hamzah was placed under house arrest for allegedly plotting a coup against Abdullah. And there has been growing discontent among the country’s tribal leaders, who form the base of support for the monarchy, as the economy continues to freefall. Palestinians, who make up a majority of the country’s population, have also expressed outrage at the government’s ties with Israel, especially during the recent Gaza conflict.

For Israel, which faces numerous threats along its northern and southern borders from Iran and its terror proxies Hamas and Hezbollah, stability in Jordan remains paramount, as the Jewish state views the country as a buffer zone against threats from the east.

Indeed, Lapid made that clear in his statements on Thursday when he called Jordan an “important neighbor and partner,” and promised that Israel will continue to work to strengthen ties and expand economic cooperation.

“We will broaden economic cooperation for the good of the two countries,” he said.

The United States also welcomed the agreements between Israel and Jordan, noting that “it is these kinds of tangible steps that increase prosperity for all and advance regional stability,” said U.S. State Department spokesperson Ned Price.