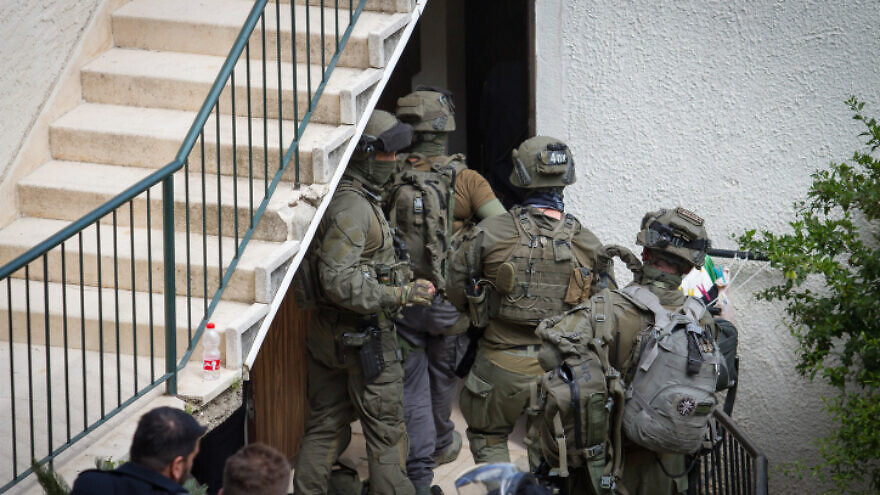 (April 3, 2022 / Israel Hayom) Israeli security forces had diffused a “ticking time bomb” by taking out a terrorist cell in Jenin that had been planning an imminent attack, Israeli Prime Minister Naftali Bennett said on Saturday.

The premier made the statement following a meeting at the Israel Security Agency (Shin Bet) headquarters in Tel Aviv.

Early on Saturday, four members of the Israel Police’s elite counterterror unit (Yamam) were wounded, one seriously, in a gun battle with Palestinian Islamic Jihad terrorists during an arrest raid in the city. Three PIJ members were killed in the shootout. According to police, the three were members of a cell involved in recent attacks against Israeli forces and had been planning another attack.

The seriously wounded officer is in stable condition following surgery, according to Haifa’s Rambam Medical Center.

While the disruption of the PIJ cell had thwarted one attack, the Israeli premier predicted that there would be “many more” attempted attacks in the coming weeks.

“We are working to prevent them as we speak. Our people are taking action with tremendous courage, around the clock, in a hostile, violent environment,” he said, according to a statement from his office.

Two Palestinians were killed on Thursday in a gun battle with IDF troops, and one was shot and killed by an Israeli civilian after attacking passengers on a bus in Judea.

On Friday, a Palestinian man was killed by troops in Hebron during clashes that erupted after mosque prayers. Soldiers had returned fire after a firebomb was thrown at them, according to the military.

At the Al-Aqsa mosque in Jerusalem, Israeli authorities said more than 30,000 people attended prayers on Friday, the eve of Ramadan. There were no reports of protests or violence.