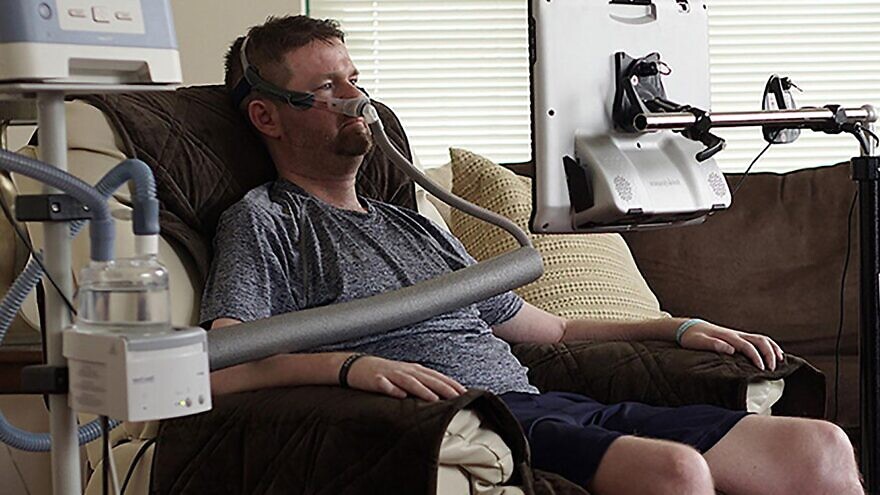 The groundbreaking study suggests that the course of this fatal disease can be delayed and even reversed in its early stages.

The research was led by Tel Aviv University Prof. Eran Perlson and his doctoral students, Topaz Altman and Ariel Ionescu, and was conducted in collaboration with Dr. Amir Dori, director of the clinic for neuro-muscular diseases at Sheba Medical Center.

Results were published in Nature Communications.

ALS, the most common type of motor neuron disease, causes patients gradually to lose control over voluntary muscle movements, leading to paralysis and eventually the inability to breathe independently. The average life expectancy of ALS patients is about three years from diagnosis.

“The paralysis caused by the disease results from damage to the motor neurons, which leads to the degeneration nerve endings and to the loss of muscle innervation,” Perlson explained.

“This consequently leads to the degeneration of the nerve and the death of motor neurons in the spinal cord. Until now, we could not understand the basic biological mechanism causing the initial damage behind this vicious cascade.”

To solve the mystery, the researchers focused on a protein called TDP-43, shown in earlier studies to accumulate in unusual amounts and localization in the brains of about 95 percent of all ALS patients.

They revealed a biological link between the protein’s accumulation and the degeneration of the synapses between the motor neuron endings and the muscles, called neuromuscular junctions, which translate neural commands into physical movements.

In a series of experiments on cells of ALS patients and in genetically modified model animals, they discovered that the accumulation of TDP-43 in the neuromuscular junction inhibits protein synthesis in the mitochondria, which powers fundamental cellular processes.

The dysfunction of mitochondria leads to neuromuscular junction disruption and ultimately to the death of the motor neurons in the spinal cord.

Using an experimental molecule from a group of U.S. researchers, they were able to disassemble the axonal TDP-43 protein condensates in cells from ALS patients. This process improved production of essential proteins, enhanced mitochondrial activity and prevented neuromuscular junction degeneration.

This means that motor nerves can regenerate and that patients can have hope, said Perlson.

“Our discovery can lead to the development of new therapies that could either dissolve the TDP-43 protein condensates or increase the production of proteins essential to mitochondrial function, and thereby heal the nerve cells before irreversible damage occurs in the spinal cord.”

The study is an international collaboration with scientists from Germany, France, England and the United States, with the assistance of Tal Gardus Perry and Amjad Ibraheem from Perlson’s laboratory.