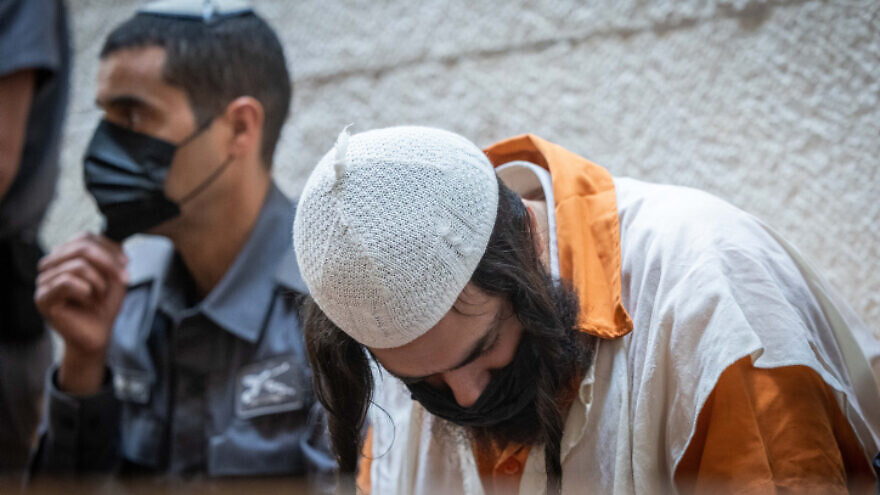 Amiram Ben-Uliel, accused of the Duma arson murders in July 2015, arrives to a court hearing on his appeal, at the Supreme Court in Jerusalem, on March 7, 2022. Photo by Yonatan Sindel/Flash90.
Spread the word.
Help JNS grow!
Share now:

(September 1, 2022 / JNS) Israel’s Supreme Court on Thursday rejected Amiram Ben-Uliel’s appeal of his 2020 conviction for the murder of three members of a Palestinian family in an arson attack on their home in Duma, a village located between Nablus and Ramallah.

In their ruling, the judges said that after watching footage of Ben-Uliel’s confession to police, they had no doubt he committed the attack.

The court described the firebombing and its consequences as “terrible acts” that “damaged the fabric of common life,” adding that the attack was shocking and sickening, Channel 12 News reported.

“The severity of the acts speaks for themselves, and it seems that any words of condemnation will not reflect the weight of the horror in them,” the judges said in the ruling.

They added that the attack violated “all ethical values and Jewish culture, which educates for tolerance. Hatred of members of other religions, as well as racism, are not the path of Judaism,” said the court.

On July 31, 2015, the home of the Dawabshe family was set alight as they slept, killing 18-month-old Ali Dawabshe. His mother, Riham, and father, Saad, subsequently died of their injuries. The only survivor, four-year-old Ahmed Dawabshe, was hospitalized for nearly a year.