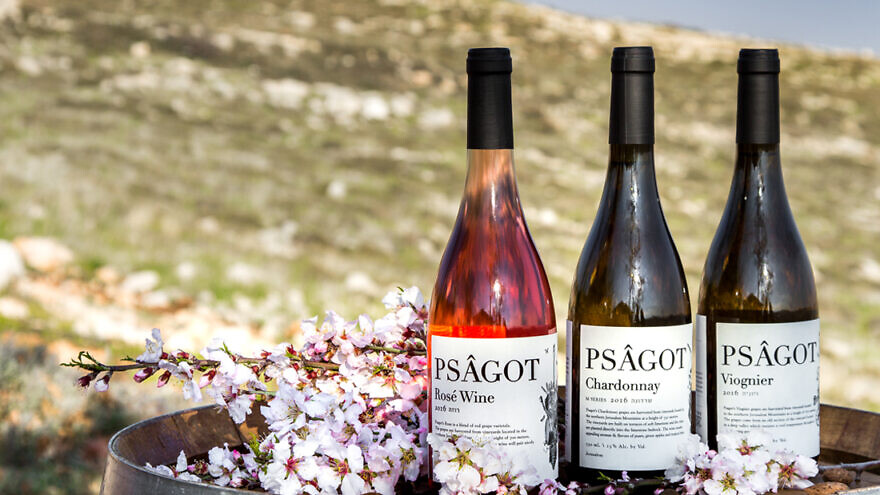 A display from Israel's Psagot Winery, which was at the center of a European court ruling on labeling of Israeli products from beyond the pre-1967 Green Line. Credit: Psagot Winery.
Republish this article
1355 WORDS
Spread the word.
Help JNS grow!
Share now:

(November 12, 2019 / JNS) The decision by the European Court of Justice to require separate labeling of products from Israeli settlements is being widely condemned by pro-Israel groups as singling out the Jewish state and injecting politics into consumer choices.

The ECJ on Tuesday ruled that foodstuffs originating in what they call “territories occupied by the State of Israel,” which include Judea, Samaria, the Golan Heights and parts of Jerusalem, cannot be labeled as “made in Israel,” but instead must provide consumers with a label informing them that they were produced in an Israeli “settlement” or “colony.”

The court stated that since it views Israel as an “occupying power” and not a “sovereign entity” in those areas, it would be misleading for E.U. consumers if imported products were labeled as being goods produced by the State of Israel.

Brooke Goldstein, executive director of the Lawfare Project, tells JNS in response to the ECJ decision that the ruling will hurt the European Union more than it will hurt Israel.

“The ruling opens the floodgates where consumers in any E.U. country will be able to insist that any consideration important to them before they purchase a product—whether social, political, environmental or other—will have to be included on the labeling of any product being imported,” she notes. “Not just from Israel.”

In a statement, the Israeli government also slammed the ruling, saying that its “entire objective is to single out and apply a double standard against Israel.”

“The European Court of Justice’s ruling is unacceptable, both morally and in principle,” Israeli Foreign Minister Israel Katz said in a statement. “I intend to work with European foreign ministers to prevent the implementation of this gravely flawed policy, which contradicts Europe’s position that a resolution to the conflict must be advanced through direct and unconditional negotiations, and not through legal rulings.” 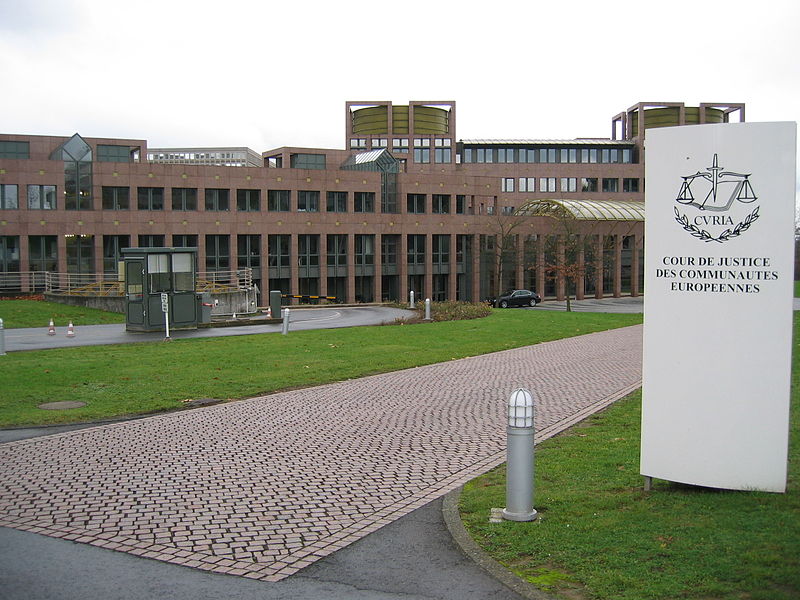 The ECJ ruling comes following a lawsuit levied by the Psagot Winery in the Binyamin area of southern Samaria against the French government in 2017, after France announced that it would label Israeli-imported products manufactured in those areas under Israeli control as being made in “Israeli colonies.” That lawsuit is being supported by the Lawfare Project.

CEO of Psagot Winery Yaakov Berg says that once the lawsuit was filed, France decided to turn to the ECJ to rule on the matter.

‘The definition of bigotry’

In response to the ruling on Nov. 12, he says, “The winery is proud of its contribution to combating this decision and intends to continue the struggle. We are happy to see the support of all the relevant people in Israel and the United States, including the State Department, senators and congressmen. We regard this as an important mission for Israelis and Jews, second generation to the Holocaust. As Israeli citizens, living in a community that has been approved by the Israeli government, we only wish to produce and export high standard wine that has earned its reputation worldwide.”

Berg, whose winery produces nearly 400,000 bottles a year, with 20 percent of its exported products reaching the European Union, tells JNS that the entire episode reminds him of “75 years ago in Europe, when my grandmother was told [by the Nazis] that her shop under the law would be labeled as having ‘Jewish’ ownership.”

He emphasizes that “we are not going to accept a double standard between Israel and the rest of the world. No other country which has territorial disputes has their products labeled, and we won’t accept it.”

The Israeli government also slammed the ruling, saying that its “entire objective is to single out and apply a double standard against Israel.”

However, she says that if the European Union treats Israeli products differently than any other product imported, then it is a clear discrimination based on the International Holocaust Remembrance Alliance’s (IHRA) working definition of anti-Semitism as a contemporary example of anti-Semitism in “[a]pplying double standards by requiring of [Israel] a behavior not expected or demanded of any other democratic nation.”

She adds that “the decision to codify religious discrimination into law is embarrassing for Europe. There is no reason for products produced by Muslims and Jews in the same geographic place to be labeled differently. In fact, treating people differently because of their religion is the definition of bigotry, and we know what happens when Europe goes down that track. Muslims living under the PLO are as much ‘settlers’ as Jews; they are both legally allowed to settle under the same binding treaty, the Oslo Accords.”

Goldstein explains that prior to the labeling regulations, the European Union used the excuse that it doesn’t recognize Israel’s sovereignty over the disputed areas in question and therefore claim that the Israeli government’s certification authority, which recognizes that the products are merchantable and fit for consumption, wasn’t legitimate, even though E.U. traders and importers acknowledged that the products were fine.

“Just as was done with certification, the E.U. is using trade regulations to engage in politically motivated maneuvers designed to hamper Israeli exports, even when there are no issues with the products themselves. Just as the attempt at banning Israeli certification failed, so should this attempt at labeling which is a clear abuse of E.U. trade law for political gains,” says Goldstein on the labeling attempts.

While Goldstein believes that based on E.U. law that this type of labeling is not legally required—and at the same time, individual states do not have the right to impose their own labeling requirement—she says that this past June, the Advocate General of the European Court issued a nonbinding opinion indicating that he believes that E.U. law does, in fact, require such labeling.

“The A.G. went out of his way to misinterpret E.U. law especially as it relates to ethical considerations,” she says.

She remains confident that even with current decision in place, “labeling Israeli products as coming from an ‘Israeli colony’ would be completely unenforceable without opening up a Pandora’s box of labeling requirements for every other import into the E.U. from countries involved in disputed territories or even human-rights abuses because of local anti-discrimination laws in the countries themselves.”

A case has already been filed in France calling for the labeling of American, Russian, Chinese, Moroccan and other countries’ imports based on the A.G.’s opinion and the E.U. notice. If those regulations are upheld, then it will throw the E.U. importing market into chaos, and certainly disrupt trade relations between these nations and the European Union.

The bottom line, Goldstein says, is that “politics should be kept out of labeling. Product labeling should not become political billboards depending on the whim of government officials or advocacy groups.”

Gabriel Groisman, an attorney and the mayor of Bal Harbour in Southeast Florida, who is part of the legal team representing Psagot, is adamant that E.U. law does not require what he calls discriminatory labeling against Israeli products, And he also agrees that E.U. member states are not free to set their own labeling laws, as France has tried to do.

He tells JNS that the case reflects a new reality in which Jews and Israelis face delegitimization. But he insists that they will not get away with it without a fight.

“Jews and Israelis alike will not lie down and take discrimination quietly,” says Groisman.

He adds it is important to note that the fight will continue even after the opinion was issued.

“Those seeking to delegitimize Israel, the Jewish people, and Judea and Samaria will continue their efforts. It should be known that we will continue to combat their efforts in all corners of the world. Wishing away these problems will not make them go away,” he says. “We must combat discrimination and discriminatory practices through all avenues available, including diplomacy, the ballot box and in courts of law.”

Berg agrees with that notion, saying “even though the ECJ ruled against us, this is just the beginning of the fight. We are not going to accept a double standard.”