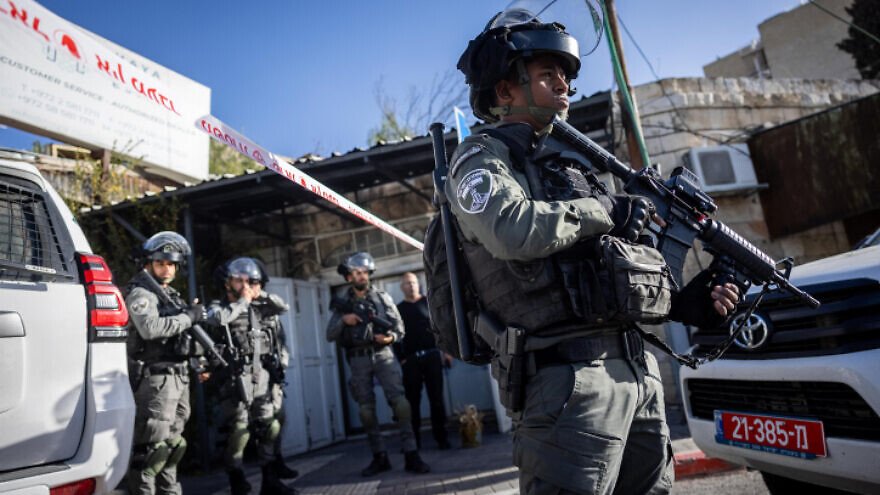 The victim, age 26, was attacked while walking her children to school. She was evacuated to Jerusalem’s Hadassah Mount Scopus Medical Center in serious condition. After treatment, her condition stabilized, and her wounds were classified as being minor.

Magen David Adom paramedics that treated her on the scene said the woman was fully conscious and ambulatory when they arrived.

“We rushed her to the hospital in serious but stable condition. She was able to communicate with us on the way. The children weren’t hurt and stayed with police at the scene,” the paramedics said.

The suspect fled the scene and was arrested at a nearby school within an hour of the attack, following police sweeps of the area. The suspect’s mother was also taken in for questioning, according to Kan news.

The attack was the third in the past five days. On Monday, a security guard was moderately wounded after being struck by a car at a checkpoint near Tulkarm in Judea and Samaria, and on Saturday an Israeli man was seriously wounded in a knife attack near Damascus Gate in Jerusalem’s Old City.