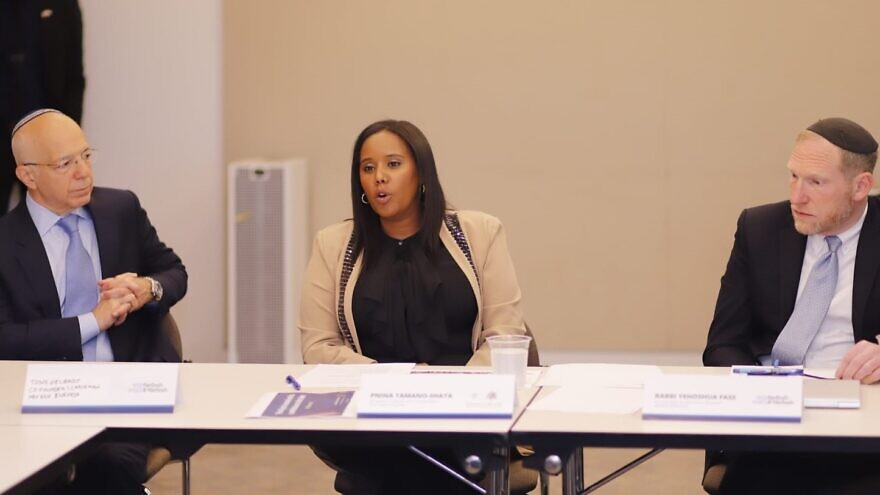 (May 25, 2022 / JNS) NEW YORK—Israel’s Aliyah and Integration Minister Pnina Tamano-Shata heralded the growing number of Diaspora Jews who have come to the Jewish state in recent years. Yet if she had it her way, the influx is just beginning.

Speaking at a press conference with Nefesh B’Nefesh co-founders Rabbi Yehoshua Fass and Tony Gelbart on Monday, she said that more than 100,000 new immigrants (olim) have moved to Israel from other countries in the last four years.

“It’s a huge achievement,” she said, noting that “our destiny is as one people, bound together.”

Last year, more than 4,000 Jews from the United States made aliyah. They were among the more than 27,000 Jews worldwide who moved to the Jewish state in 2021, marking a 30% increase in immigration overall.

“I believe we can do even more,” stated the minister, noting that Israel expects to end the year “with more than 60,000 olim from around the world.”

While in New York City, the minister also took part in the “Celebrate Israel Parade,” where tens of thousands came to show their support for the Jewish state.

Tamano-Shata knows what it feels like; she herself came from Ethiopia in 1984 when she was just a toddler.

While it’s up to Jews to choose where they want to live, she believes that it is also Israel’s job to fulfill an important mission, “continuing with the Zionism movement and motivate Jewish people to go to Israel in bad times, in routine times and in urgent times.”

Urgent times mean Russia’s ongoing war in Ukraine, which has brought thousands of refugees to Israel, as well as an expected upcoming flight of Jews from Ethiopia, where a war is being waged in the area of Tigray. The minister noted that there is a small Jewish community in Tigray that Israel is trying to help, and she believes that all 3,000 Ethiopians with first-level relations in Israel will ultimately be able to come.

She also mentioned that representatives from the Jewish Agency for Israel and the office of Israel’s chief rabbi will be going to India in the coming weeks to meet with members of the B’nei Menashe community who claim Jewish ancestry.

“We need to look at each and every Jewish community as an equal,” she said, adding that bringing Jews from all over to the Jewish homeland “will be us to the goal we want to achieve. We will together wave the flag of Israel.”

Once different communities of Jews—geographically, religiously—are in Israel­, it is vital that they be integrated into the society as a whole, she said, highlighting the importance of education and learning in Hebrew in making that happen.

In the 74 years since the establishment of the State of Israel, she said, “we have built a cohesive society” with a strong infrastructure that includes homes and roads, “but we have to build a strong society, and you can’t do that if you build shvatim v’shvatim—“tribe by tribe”—with each living separately as in ancient Israel. 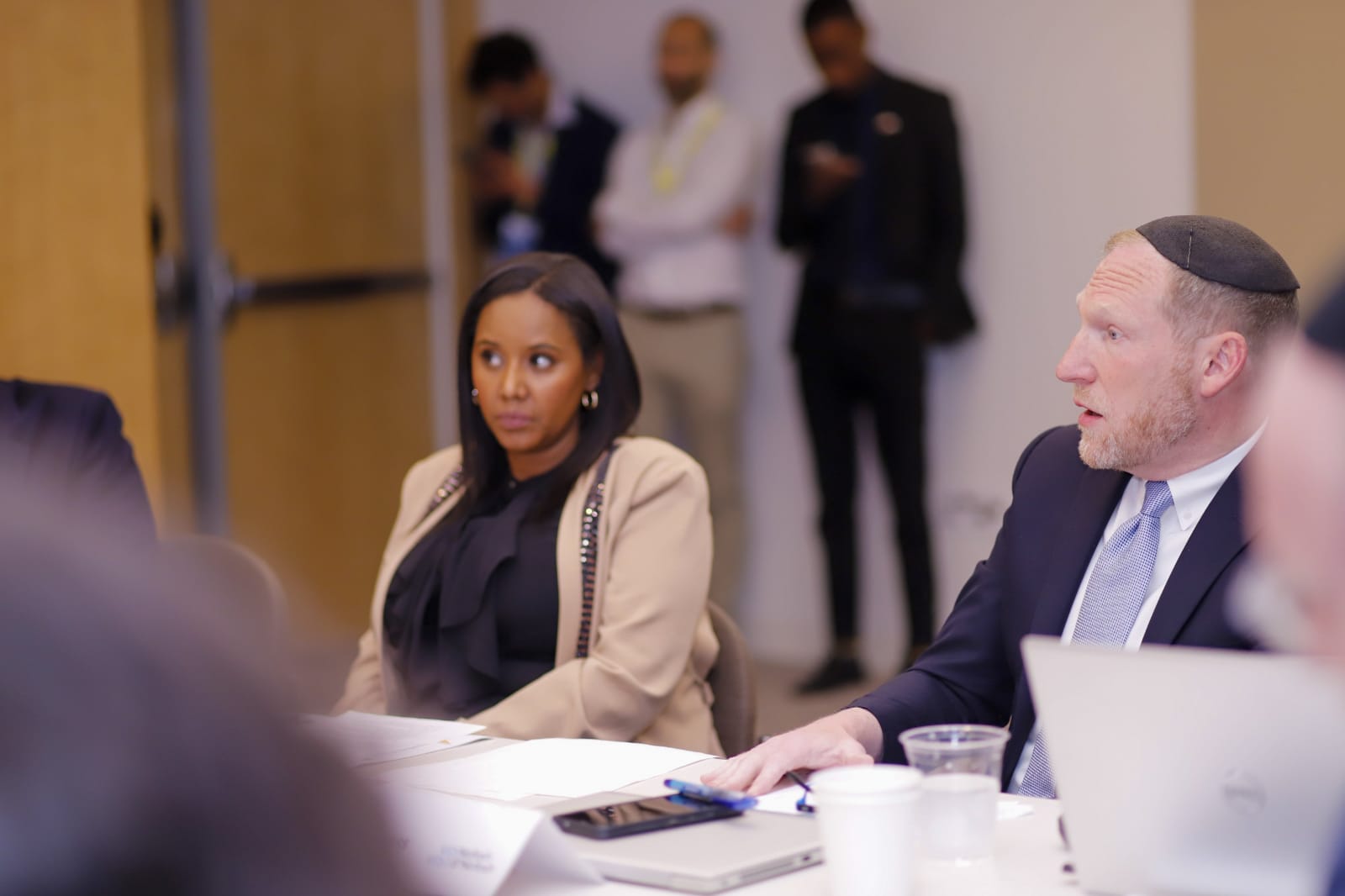 Summer camp in the works for children

The press conference was held in part to discuss the role of Nefesh B’Nefesh in helping North American Jews make aliyah over the last 20 years and how it has changed.

Fass noted that in the beginning, every family was given a “buddy” designated to call and check on them. For the most part, that is no longer needed as people have their own built-in supports. Also gone are handing out Israeli cell phones as soon as people get off their flights because 20 years later, everyone has their own now.

He also noted that Nefesh is in its fourth stage as it continues innovating programs and expanding its mission. Among the current successes has been the utilization of its center in Jerusalem as a one-stop shop for Ukrainian refugees making aliyah, where they can meet with representatives of various Israeli ministries for immigration.

One of the new programs set to kick off this summer is a camp for children whose families arrive when school is not in session. The three-week program will pair youngsters with other children who have already made aliyah, in addition to Israeli-born children.

Fass said 125 kids are expected to take part in the inaugural summer session.

While there, the kids will learn some Hebrew, have the chance to make friends and experience a softer landing in a new country while parents are busy setting up their new homes. 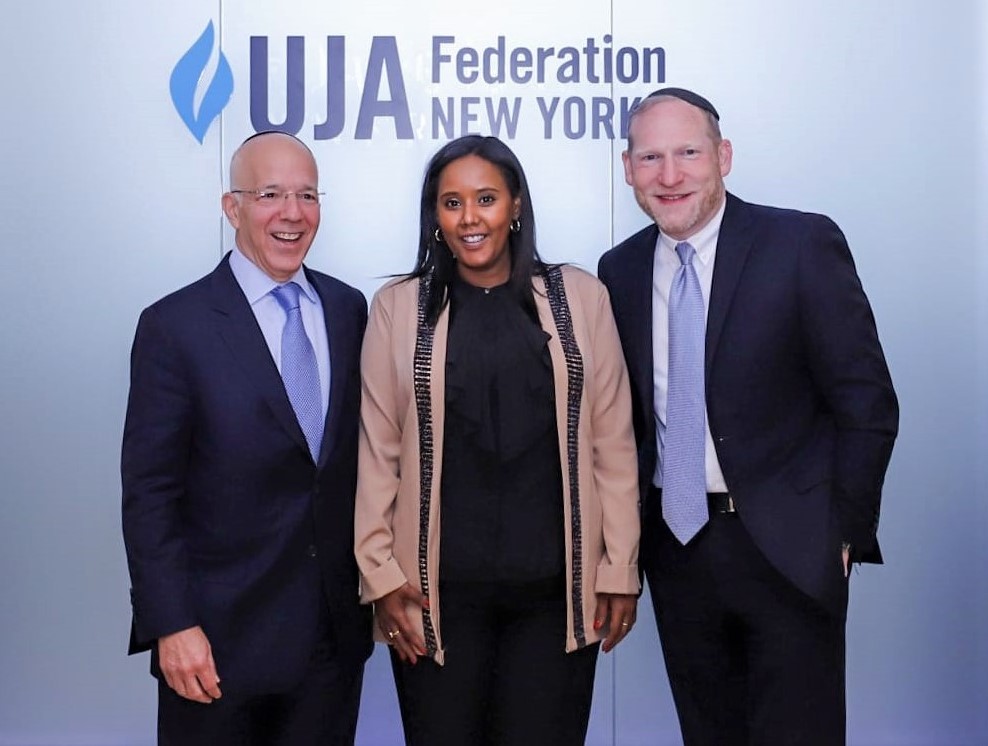