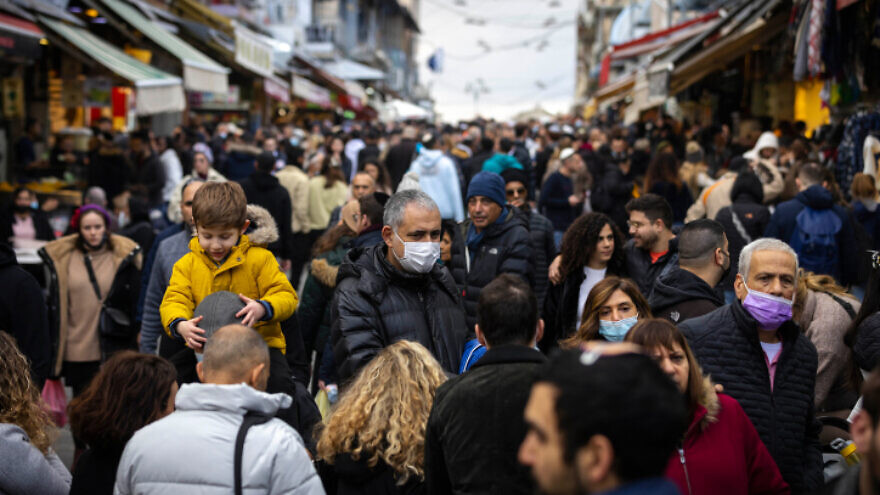 (December 31, 2021 / JNS) Israel’s population stands at 9.449 million, according to estimates released by its Central Bureau of Statistics as the end of 2021 approaches.

The bureau shared the numbers on Thursday and also noted that roughly 74 percent of Israel’s inhabitants are Jewish, 21 percent Arab and 5 percent are neither, i24News reported.

There were 9.3 million people living in Israel at the end of 2020, stated the bureau stated. The population increased in 2021 by a little less than 2 percent, and 17 percent was due to immigration.

A total of about 25,000 people made aliyah to Israel in 2021—a record-breaking increase of 30 percent from 2020. This year also saw the highest number of new immigrants move from the United States to Israel since 1973.

An estimated 184,000 babies were born in Israel this year, with 74 percent of the mothers being Jewish mothers and 23 percent Arab.