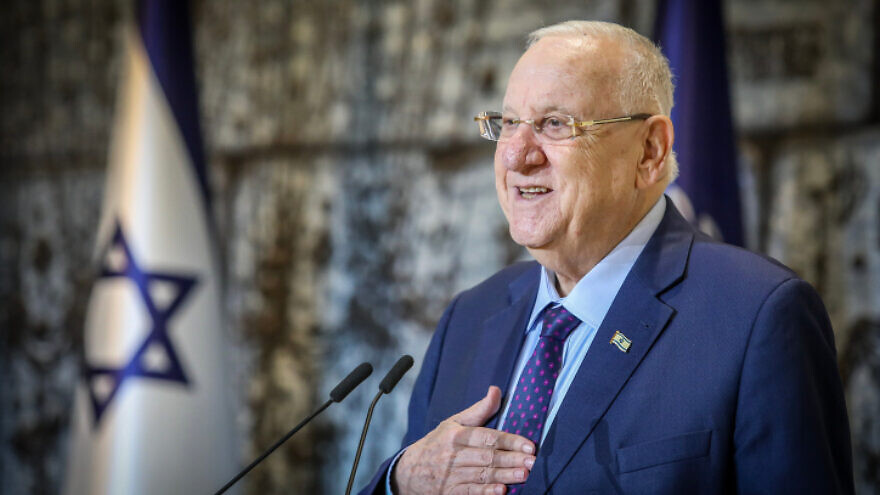 (December 8, 2020 / JNS) Israel’s President Reuven Rivlin is set to endorse the Declaration of Our Common Destiny, a document that he has called a “roadmap for the Jewish future.”

Thirty of the world’s most prominent Jewish thought leaders—representing the diverse ideologies, genders, ages and languages of Jews worldwide—initially presented the Declaration to Rivlin in September 2019 at the Our Common Destiny Forum in Jerusalem in partnership with the Israeli Ministry of Diaspora Affairs and under the auspices of the Office of the President of Israel.

The project aims to help global Jewry celebrate its diversity and act upon its shared values by working together to build a brighter future for the Jewish people and all humanity.

The declaration itself focuses on five deeply held values shared by Jews everywhere—bedrock principles that bind the Jewish people together despite differing religious practices, nationalities, cultural identities and political affiliations.

To celebrate Rivlin’s official endorsement, Our Common Destiny will hold a series of events in Israel throughout Hanukkah, featuring global stars in entertainment, and leaders in government and philanthropy.

These include “Diaspora Day” on Dec. 8, when Our Common Destiny is scheduled to be part of a panel in the Fourth Jewish Interactive Media Summit. On Dec. 10, a light show will be projected on the walls of the Old City of Jerusalem for five days, featuring Jews of various ages and backgrounds from around the world offering their blessings for the Jewish people.

A grand finale, “Illuminate,” on Dec. 17, will take place at the Israeli president’s official residence and be broadcast online. The event will feature performances by Israeli and Jewish artists.

“This past year has challenged the Jewish people and the rest of the world as never before,” said Sanford Cardin, CEO of Our Common Destiny. “By endorsing the Declaration of Our Common Destiny, the State of Israel is leading the way on empowering and uniting global Jewry with a roadmap for the future that underscores our mutual responsibility to each other as Jews, to treat everyone with dignity and respect, and to work together to make the world safer and better for all.”