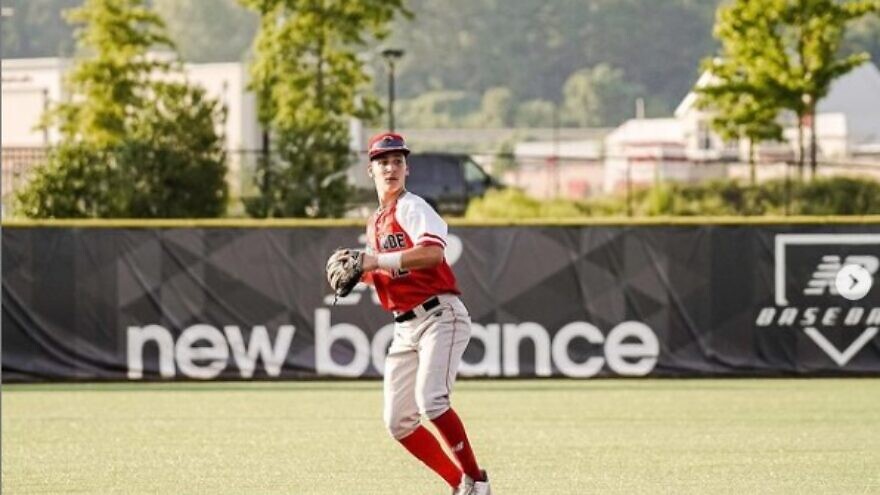 (July 15, 2021 / JNS) Jewish baseball history was made for a second time this week when on Tuesday, 18-year-old Elie Kligman, an Orthodox Jewish teen from Nevada, was drafted by the Washington Nationals.

Kligman, who keeps kosher and will not play on Shabbat or Jewish holidays, was traveling on a bus with members of the Team Israel Olympic baseball team when he got the news. Though not a member of the Olympic team, Kligman is playing exhibition baseball with them as part of their pre-Olympic U.S. tour.

“Getting the call was amazing,” he told JNS. “It’s a moment I will never forget, and being surrounded by Team Israel, which has a lot of guys who went through this moment themselves, made the moment even more special.”

He continued, saying, “I’m grateful knowing I can make history and, hopefully, I can influence other kids to continue their dream while staying strong in their beliefs.”

Kligman is the second Orthodox Jew to be drafted this week by a Major League Baseball team. On Monday, pitcher Jacob Steinmetz of Long Island, N.Y., was drafted by the Arizona Diamondbacks.

The teenager, a star player at Cimmaron-Memorial High School in Summerlin, Nev., was picked in the 20th round. The 6-foot, 185 lb. catcher has spoken often of his commitment to his religion even as he pursues a career in the game he loves.

According to MLB.com, Kligman moved to the position of catcher last January, but also has experience at shortstop and as a pitcher, where his fastball touches 90 mph. The move is likely an effort by Kligman to make himself more versatile given his Shabbat observance, as catchers are generally given a day off due to the demands of the position.