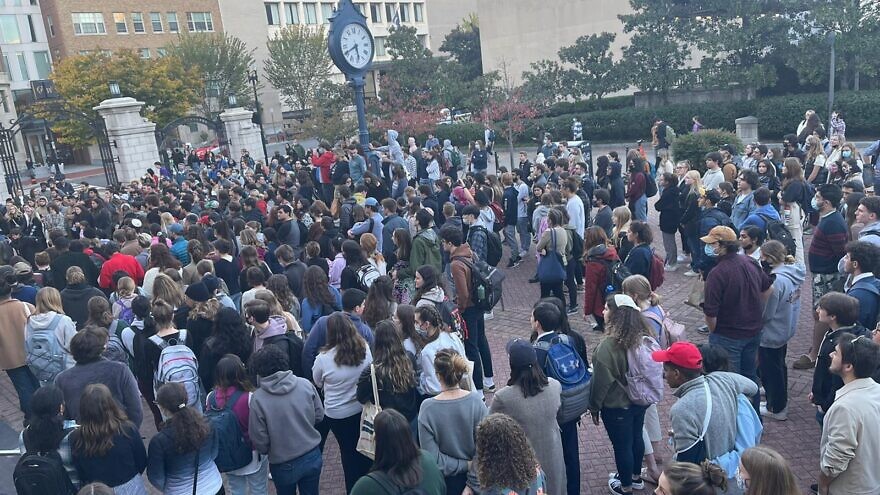 (January 24, 2022 / JNS) The year 2021 was the most anti-Semitic in the past decade, according to a report released Monday by the Jewish Agency and World Zionist Organization.

The average number of recorded incidents was more than 10 per day, though the organizations said that significantly more likely occurred but were not reported.

The main types of incidents were vandalism, destruction, graffiti, desecration of monuments and propaganda.

“Anti-Semitism is not a new term, but a term that reinvents itself. Jewish communities around the world face the challenges of a rising and ever-changing anti-Semitism,” said Raheli Baratz-Rix, head of the Department for Combating Antisemitism and Enhancing Resilience at the World Zionist Organization.

The report showed the steepest incline in events during the month of May, tied to Jerusalem Day, Shavuot, Al-Quds Day, Eid al-Fitr and Nakba Day, as well as the Hamas-Israel war and mixed-city riots.

In addition, there were several incidents tied to COVID-19—mainly expressions in the digital space and at rallies—linking COVID vaccines and restrictions to Holocaust motifs or anti-Semitic conspiracy theories.

Europe saw the highest number of incidents, with close to 50% of all reported anti-Semitic acts taking place on the continent. The United States was second with 30% of the year’s incidents, including a 100% increase in the number of anti-Semitic incidents in New York (503 in 2021 compared to 252 the year before) and a 59% increase in Los Angeles.

“It is the duty of every country to provide its citizens with security and to protect them in every event that takes place on its land, including the Jewish community,” said Baratz-Rix. “At the same time, the State of Israel will always continue to be an anchor for every Jew who desires it.”

The Jewish Agency and WZO report comes on the heels of a report published on Sunday by the Israeli  Diaspora Affairs Ministry detailing a surge in anti-Semitic rhetoric on five social-media channels.

According to that report, there were 3.5 million anti-Semitic posts written by 422,000 users on Twitter, 4Chan, 8Kun, BitChute and Stormfront.