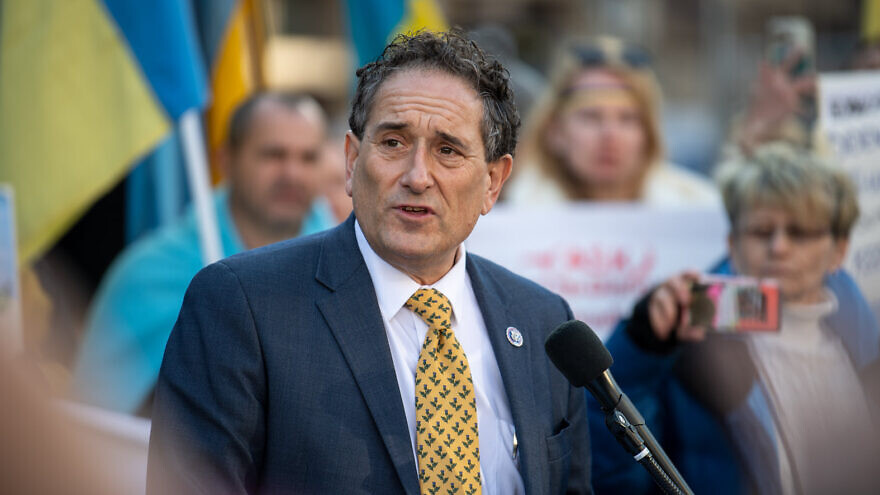 (March 29, 2022 / JNS) Current and former Jewish Democratic representatives have stepped in to defend Rep. Andy Levin (D-Mich.) against anti-Israel accusations from pro-Israel organizations such as AIPAC as he battles another incumbent for re-election.

In a letter published by The Forward, the 11 letter-signers said that differences in policy to ending conflicts in the Middle East have often been used as polarization tools during elections and that they were dismayed at the attacks being leveled against Levin that question his support for Israel.

“It is fair to disagree on and debate policy approaches. But it is out of bounds to malign the only Jewish candidate in this race by impugning Andy’s love for the State of Israel or his community bona fides, which run strong and run deep,” the letter stated.

The writers were referring to a recent email to pro-Israel donors by former AIPAC president David Victor, in which he called the race to defeat the Jewish Congressman “a rare opportunity to defeat arguably the most corrosive member of Congress to the U.S.-Israel relationship.”

Levin is in a tight primary race against Rep. Haley Stevens (D-Mich.) in an incumbent-against-incumbent Democratic primary to represent Michigan’s 11th Congressional District after a district consolidation by Michigan’s independent redistricting committee.

Support for Israel has become a differentiator between the two, with the district mostly made up of Oakland County, home to Michigan’s largest Jewish population.

Stevens, who is not Jewish, has been endorsed by traditional groups like AIPAC, Democratic Majority for Israel and Pro-Israel America.

Levin, the son of longtime former Rep. Sander Levin (D-Mich.) and nephew of former Sen. Carl Levin (D-Mich.), has a complicated stance on Israel issues, often voting with members group of progressive Democrats known as “The Squad,” who are critical of Israel, if not outright anti-Israel as shown by their comments, social-media posts and voting records.

He has authored a bill that would put conditions on aid to Israel from the United States, especially military aid, though broke with certain “Squad” members in supporting supplemental funding for Iron Dome. Levin is supported by left-wing groups like J Street and Americans for Peace Now.

The letter noted that Levin has a passionate commitment to Israel and that his stances reflect his strong belief in a two-state solution.

“Andy’s vision for a safe, secure and prosperous Israel coexisting in a lasting peace with a Palestinian state has been central to his work. In Congress, Andy has been a strong supporter of Israel, whether it’s voting for security assistance for Israel in annual spending bills or supporting the replenishment of funding for the Iron Dome,” wrote the lawmakers. “It is also true that Andy has been a staunch defender of human rights, which enables him to bridge divides in the Jewish community and exemplify support for Israel in a way that resonates with many younger voters who care deeply about protecting human rights for all peoples.”