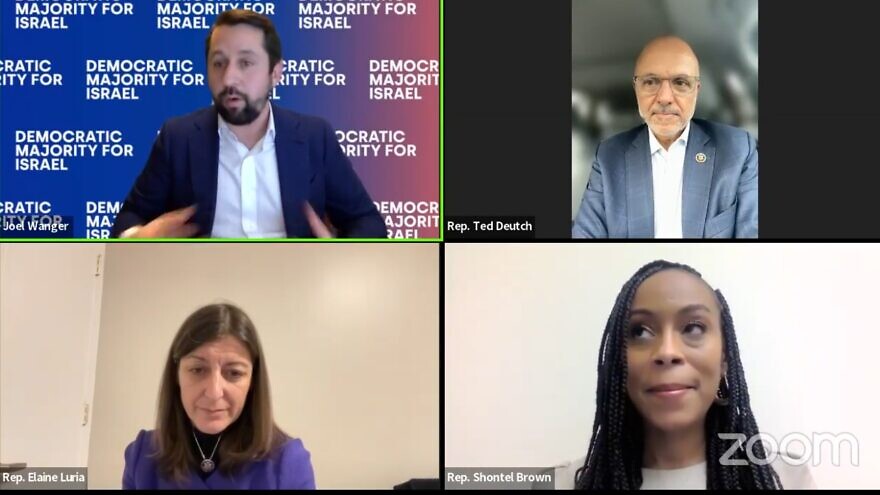 (March 15, 2022 / The Jewish Journal) All 25 Jewish members among the Democrats in the U.S. House of Representatives issued a statement condemning Amnesty International USA Executive Director Paul O’Brien’s recent remarks about how Israel “shouldn’t exist as a Jewish state.”

“We are in full agreement that Mr. O’Brien’s patronizing attempt to speak on behalf of the American Jewish community is deeply alarming and offensive,” they wrote. “He has added his name to the list of those who, across centuries, have tried to deny and usurp the Jewish people’s independent agency. We stand united in condemning this and any anti-Semitic attempt to deny the Jewish people control of their own destiny.”

The Jewish Democratic Council of America tweeted their thanks to the 25 Jewish House Democrats for issuing the statement and agreed with them that O’Brien’s remarks were “disturbing.”

The Simon Wiesenthal Center tweeted that it welcomes the statement and urges “all elected officials, NGOs and donors to treat [Amnesty International] as a hate group.”

In a Twitter thread, O’Brien claimed that Jewish Insider, which first reported on his comments, took them “out of context.”

“Jewish Insider’s headline claims that I and Amnesty questioned the right of Israel to exist,” he wrote. “I did not and Amnesty takes no position on the legitimacy of any state. Nor did I suggest or claim to know that ‘the bulk of American Jews do not want Israel to be a Jewish State.’ ”

He claimed that he was referring “to research showing 25% of American Jews believe Israel is an apartheid state” in response to someone saying that American Jews view Israeli apartheid allegations as antisemitic. O’Brien also claimed he was critiquing Israel’s 2018 nation-state law.

“While we recognize the right of self-determination for Jewish and Palestinian people as a basic human right, we take no position on the legal or political solutions that any people may take to exercise that right,” O’Brien continued. “I am proud to work at Amnesty alongside colleagues who work so hard to fight for human rights and to confront anti-Semitism, apartheid and racial discrimination in all its forms and I look forward to future opportunities to discuss our report findings.”

In response to O’Brien’s allegations, Jewish Insider released the full transcript and audio of O’Brien’s comments on March 14.