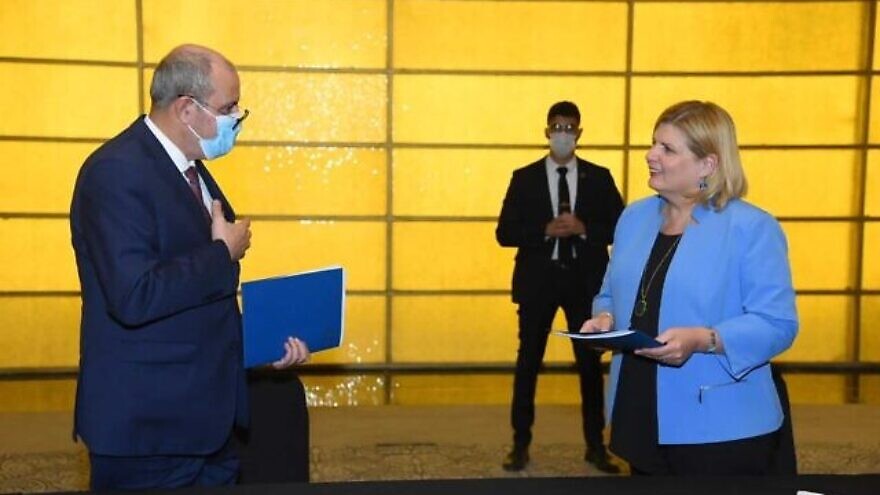 (November 3, 2021 / JNS) Israeli and Jordanian economy ministers signed an agreement on Wednesday in Amman to increase Jordanian exports to the Palestinian Authority.

Shamali said the agreement includes a list of Jordanian products that will get preferential access to the Palestinian market, reported Jordan News Agency-Petra.

The list includes 425 Jordanian products to be offered duty-free to the Palestinian territories. Another 329 products will also be exempt from customs if they meet Israeli technical requirements.

The deal was part of a water agreement signed in mid-October between Jerusalem and Amman, as well as a warming of ties. Israeli Foreign Minister Yair Lapid met in July with his Jordanian counterpart, Ayman Safadi, at the King Hussein Bridge, where they announced new agreements on water and trade.

The trade deal increases Jordanian exports to Palestinian areas of the West Bank from $160 million to $700 million, but must first be agreed to and signed by the Palestinian Authority.

Shamali also emphasized the strengthening of economic ties between the private sectors of Jordan and the P.A.