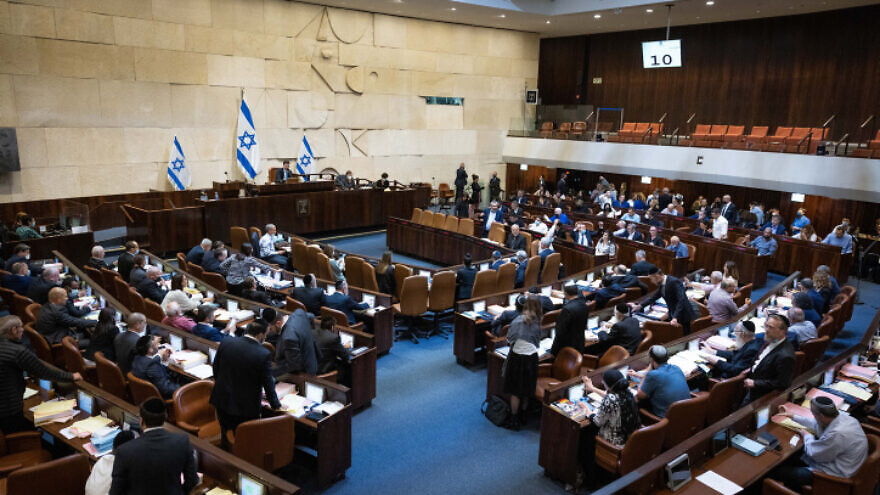 General view of the assembly hall during a vote on the 2022 state budget in the Israeli Knesset in Jerusalem, Nov. 4, 2021. Photo by Yonatan Sindel/Flash90.
Spread the word.
Help JNS grow!
Share now:

(December 27, 2021 / JNS) The Knesset Finance Committee approved a NIS 1.5 billion ($481 million) budget addition to the 2021 defense budget on Monday, after approving an additional NIS 7.4 billion (2.37 billion) on Thursday, according to Calcalist.

The near NIS 9 billion ($2.89 billion) cash injection have been categorized as going towards classified objectives, the report said, adding that “details about the transfers will be given only to the Joint Defense Budget Committee.”

Knesset Members who asked why the additional funds were not included in the state budget approved on Nov. 4 were told that the decision was only taken in recent weeks, according to the report.

At that time, the Defense Ministry requested a nine billion shekel increase, including three billion to cover the costs of May’s Operation Guardian of the Walls against Hamas.

The new Israeli defense budget will enable Israel to develop new tools, operational plans and technologies to take on “all threats we face,” Defense Minister Benny Gantz said, days before it was passed in November.