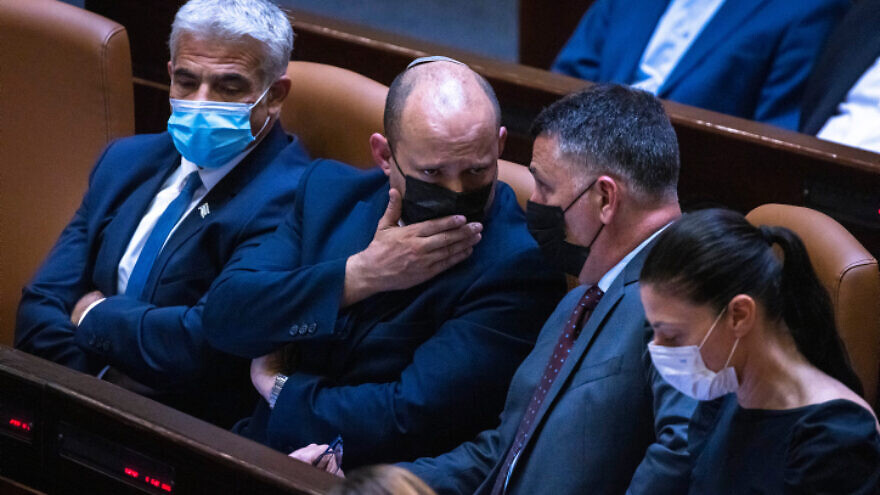 (November 15, 2021 / JNS) A Knesset committee voted unanimously on Sunday in favor of a bill that would set term limits on the position of prime minister.

The bill, voted on by the Ministerial Committee for Legislation, seeks to limit a prime minister to two four-year terms. It must now pass three readings in the Knesset plenum before becoming law. The eight years include non-consecutive terms if less than three years separate them, Maariv reported.

Israeli Justice Minister Gideon Sa’ar, who initiated the bill, tweeted: “Term limits (as opposed to unlimited terms) are a key principle underpinning the idea that the government must work for the benefit of the citizens, instead of for its own benefit and survival.”

He added: “We will continue to strengthen Israel as a Jewish and democratic state.”

Opponents of the bill charge that it was designed to specifically target former Israeli premier Benjamin Netanyahu, chairman of the Likud party and now leader of the opposition.

However, the proposed legislation would not be retroactive, and thus would not prevent Opposition Leader Benjamin Netanyahu from again running for office.

The Likud Party released a statement condemning any attempt to impose term limits, whether aimed at Netanyahu or not.

“Former Prime Minister Benjamin Netanyahu rejects a law restricting any tenure, whether it applies to him or not. Parliamentary democracies do not restrict the tenure of prime ministers but leave to the public the decision to choose in free elections who will continue to lead it every time,” said the Likud, Ma’ariv reported.

“Germany has repeatedly elected Chancellors [Helmut] Kohl and [Angela] Merkel to 16-year terms, and so have Canadian citizens, who elected Pierre Trudeau to a 15-year term. No one thought Canada and Germany were not exemplary democracies. The attempt of those who do not pass the electoral threshold to restrict the public’s choice as to who will lead it is clearly anti-democratic,” said the statement.