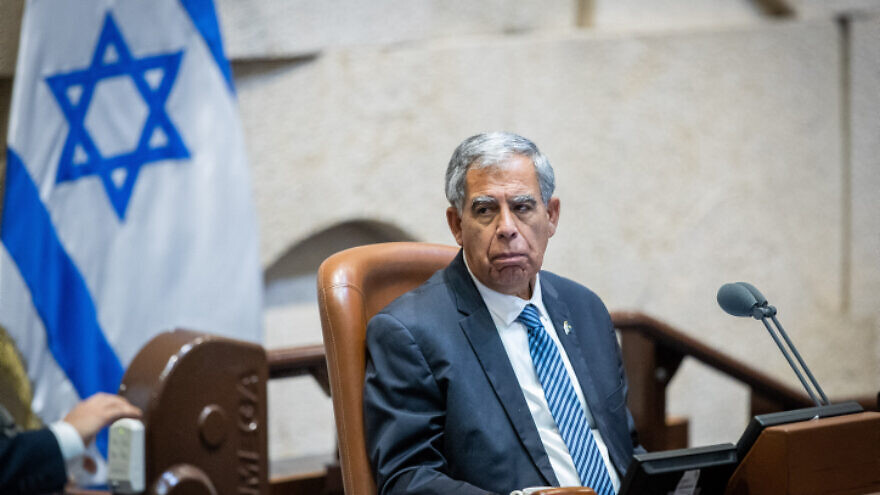 (February 9, 2022 / JNS) Several members of Knesset, many of whom are themselves immigrants to Israel and who represent the governing coalition on Immigration, Absorption and Diaspora Affairs, are petitioning Knesset Speaker Mickey Levy to wrest the committee that deals with these issues back under government control.

In a letter to the speaker, the MKs, including Alon Tal of the Blue and White Party, Tatiana Mazarsky of Yesh Atid, Gaby Lasky of Meretz and Evgeny Sova of Yisrael Beiteinu, argued that the government was sworn in June 2021—some 8 months ago—and the committee that is supposed to deal with these affairs has yet to be formed. The reason for the delay, they claim, is simple. The opposition, which is set to chair the committee, is boycotting its duties due to its assertion that it has not received control of the other committees it wants to oversee as well.

They wrote, “Israel is the nation-state of the Jewish people, and immigration and absorption are the bedrock of Zionism. It cannot be that due to one dispute or another between the coalition and the opposition, immigrants and Diaspora Jews will be sent a message that they are not a priority of the Knesset.”

MK Yomtob Kalfon of the Yamina Party told JNS that since “Aliyah Day” in October, which celebrates people from around the world who move to Israel, he has been acutely aware of the situation. He added that he has been working to get issues pertaining to olim dealt with in the proper Knesset channels.

“I got as many of the organizations that deal with immigration and absorption together in the Knesset, and we discussed that it was unsustainable to have no oversight committee to address our concerns. And since then, I raise this issue at every available opportunity.”

The challenges that olim face was heightened during the past two years of the coronavirus pandemic, especially when the government took the decision to completely close the borders to non-Israelis, leaving many new immigrants alone and unable to see even their closest relatives. Kalfon argued that without an official Knesset body advocating for this sector, it was much more difficult to get a unified voice to be heard and pressure brought to bear on improving the situation.

“In terms of the number of people who are affected by a Knesset committee’s work, this is one of the most significant,” he said.

‘Extremely supportive of the move’

As a result of the gridlock, Kalfon, along with other MKs, reached out to Levy to see if there was any way to assume, even temporarily, control over the committee.

Former Yesh Atid MK and current Yad L’Olim CEO Dov Lipman explained why it is so important for new olim to have their specific concerns addressed at the highest levels of government.

“Since the start of this Knesset, I have been there several times a week advocating for the kinds of services that are essential for olim,” he told JNS. “I have been asking the Likud to at least establish this committee, even though they are boycotting all of the other committees because it is so important for the olim community. Due to the impasse, I have attempted to shoehorn this issue into other committees even though it is not directly related to their remit. However, the Likud has refused to shift on this.”

A letter with the same demand by Kalfon and the others was sent simultaneously by Tani Frank, director of the Center for Judaism and State Policy at the Shalom Hartman Institute and Triguboff Institute, to coalition chair MK Idit Silman of the Yamina Party, and to opposition MK Yariv Levin of Likud.

“We know this is the result of a political struggle between the coalition and the opposition that includes a dispute over the composition of the committees and their division into various factions,” he wrote. “We are not interested in getting into a political debate between the various camps. At the same time, we wish to express our objection and call on both parties to reach an agreement and establish the Knesset Immigration, Absorption and Diaspora Affairs Committee as soon as possible.”

Frank noted in his letter that in the absence of the committee, “there is great difficulty for Knesset members in fulfilling their role as supervisors of the government’s conduct on issues on which the committee acts, including the deepening crisis with Diaspora Jewry against the background of the Western Wall agreement and other issues in Judaism.”

He added that there have been renewed outbreaks of anti-Semitism, such as the Jan. 15 hostage-taking at Congregation Beth Israel in Colleyville, Texas, and the urgent issue of “necessary preparations” for the absorption of Ukrainian Jews should Russia invade Ukraine and cause mass emigration.

Frank asserted that a past feature was the presence of subcommittees that dealt with Israel-Diaspora relations, providing an outlet for the formation of policy.

Yesh Atid’s Immigration and Absorption Minister Pnina Tamano-Shata is “extremely supportive of the move,” according to both Kalfon and Lipman.

Tamano-Shata has commented that ministers often prefer that an oversight committee not function, but she has said openly that she not only wants there to be a committee, but that she would like to work with it as well.