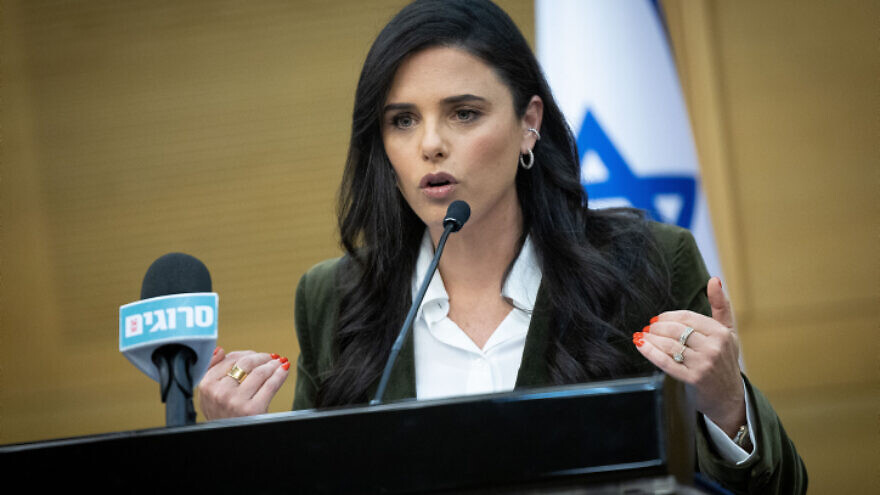 (March 13, 2022 / Israel Hayom) Israel’s Knesset on Thursday voted to renew a controversial law, first enacted in 2003, that prevents the granting of Israeli citizenship or permanent resident status to inhabitants of the Gaza Strip and Judea and Samaria.

The Citizenship and Entry into Israel Law, which prevents Palestinians from acquiring Israeli citizenship through marriage, has been a contentious issue for the country’s coalition. Both the Meretz and Ra’am parties oppose the legislation; 15 Knesset members voted against the bill in its third and final reading. Forty-five MKs voted in favor.

In July, the law failed to pass for the first time since 2003, in what was seen as a blow to the new government. The Israel Security Agency (Shin Bet) warned at the time that failure to renew the measure would constitute a threat to national security. Introduced during the Second Intifada, the law came about after a Hamas member, Shadi Tubasi, who received an Israeli identity card by marriage, killed 16 Israelis in a terror attack over Passover in 2002. Rights groups claim that the law is discriminatory against Palestinians and Israeli Arabs.

“As I promised, the citizenship law was passed this evening at the Knesset,” said Shaked on Thursday. “This is a Zionist, nationalist security law of the highest order, which could not be neglected purely for petty politics. The combination of coalition and opposition forces led to an important result for state security and the fortification [of Israel] as a Jewish state. I thank all the Knesset members who acted responsibly and voted in favor of the law,” she added.

Ra’am Party chairman Mansour Abbas said in a statement that “when” it decided to topple the government, it would not do so based on any single issue.

“When Ra’am wants to decide whether to topple the government or buy time and try to invest further effort and change policies, to bring about decisions and laws and a new policy for the benefit of Arab society, we will decide based on a general consideration beyond one point,” said Abbas. However, he added, “There is no doubt this law is one that deserves to topple governments.”

Meretz said in a statement that, “following an uncompromising struggle that the Meretz Party waged against the citizenship law since the establishment of the government, and even more so over the last week, the law passed with opposition support despite the Meretz faction’s vote against it.”

Immediately after the bill passed, Meretz had submitted a bill that would order it rescinded, the statement continued.

Religious Zionism Party MK Simcha Rothman hailed the law’s passage, saying, “Israel’s defensive shield will be bolstered significantly today in such a way that would never have happened if on that night, seven months ago, we had given up or relinquished our demand for quotas and transparency as a condition for support for the extension of the temporary order. The State of Israel is a Jewish state, and so it shall remain.”

The Religious Zionism Party said, “Following the criticism voiced against the right-wing parties for throwing out the law half a year ago, this evening, it was made clear that the right-wing parties made the right and Zionist decision that prevented a law that would have exacerbated the situation and succeeded in passing a much better law that bolsters the State of Israel’s Zionist and Jewish identity.”

Religious Zionism Party leader Bezalel Smotrich said, “Today, we took an important step and we bolstered the State of Israel as a Jewish state through the updated citizenship law. With professionalism and determination, we introduced the target clause and passed the transparency and quota clauses that will prevent the loophole in the law that allows for the family reunification of thousands of Palestinians and brings them in through the back door.”

Knesset Foreign Affairs and Defense Committee Chairman Ram Ben-Barak (Yesh Atid) said, “I am not comfortable with the law and its passage, but we face a complex security reality in a complicated region, and with such a reality, we must live and sometimes make unpleasant decisions as is happening now.”