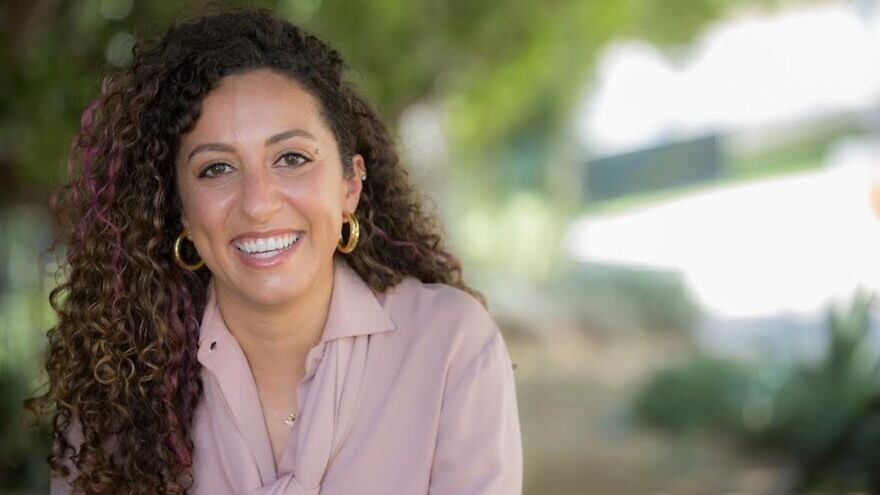 (December 4, 2022 / JNS) On Sunday, 10 Jewish organizations in Los Angeles held their community’s first joint event to raise awareness and support for the Iranians who for nearly three months have been protesting for the removal of the Islamic regime that has ruled with an iron fist for more than four decades.

Rabizadeh said the goal was to bring to light the suffering and difficulties of the protesters in Iran today, which have not received sufficient media attention.

“We wanted to create an event that would help educate the Los Angeles community on the ongoing events in Iran, that would then help motivate folks to amplify the Iranian people’s voices,” said Rabizadeh.

California is home to the largest Iranian community in the world living outside the Middle Eastern country, with nearly 45,000 of its members being Jewish.

The current uprising in Iran began in September after the regime’s “morality police” arrested and beat to death Mahsa Amini, a 22-year-old woman, in Tehran, for not “properly” wearing the required head covering. After photographs of her badly beaten body were circulated on social media and she was later pronounced dead, enraged Iranians in various cities began protesting.

Since then, the demonstrations have grown exponentially, with the security forces non-discriminatingly beating, arresting and shooting countless protesters.

Many videos and photographs posted on social media platforms by demonstrators show them being beaten by regime forces on city streets. Numerous photos show protesters’ with shotgun bullet wounds, bleeding from their heads and bodies, and even young women weeping as they describe being repeatedly raped by prison guards after their arrests.

According to the U.S.-based Human Rights Activists News Agency (HRANA), Iranian regime paramilitary militias and police forces have killed more than 400 protesters, including 63 minors, since the demonstrations began in September. 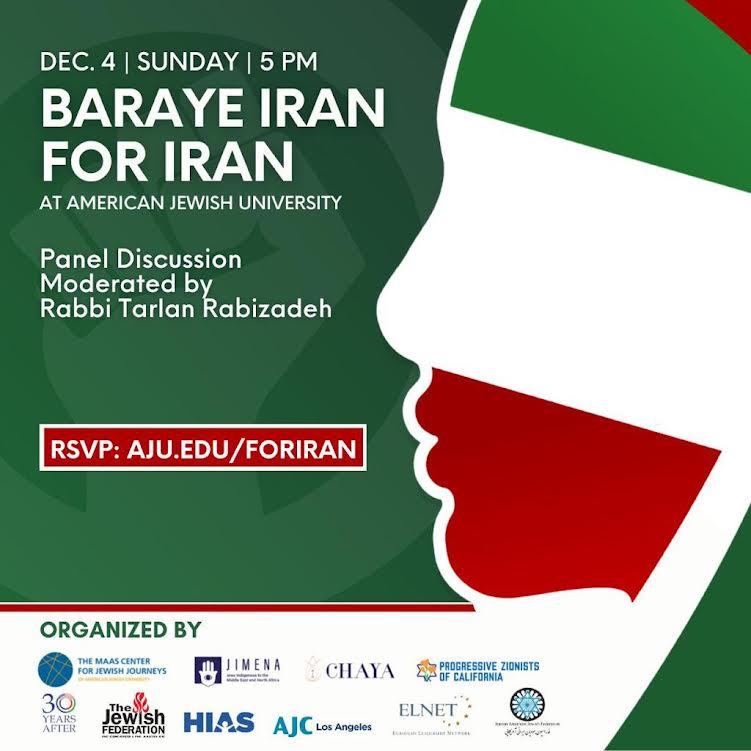 Rabizadeh said she and some 14 other Jewish activists in L.A. who helped to organize the event were surprised by the lack of public comments from local Jewish clergy and leaders on the extreme brutality of the Iranian regime against the people of the country.

“As weeks went by, we also noticed that no rabbis had really spoken about it at any of the synagogues we had attended for Rosh Hashanah, Yom Kippur and then even at Sukkot; only a few had a made a comment here and there—as a general remark—in conjunction with what was happening in Ukraine,” she said.

Many Iranian-Jewish activists living in Southern California said younger Iranian-American Jews who were not born in Iran or who left Iran at a young age have been more vocal in their activism in support of the protests, unlike their parents or grandparents who have long remained silent after experiencing the Islamic regime unleashing of terror against the country’s Jews.

“This young generation is born and raised in a free world,” said Elham Yaghoubian, an Iranian-Jewish human rights activist based in L.A. “They believe that the Iranian Jewish leadership here has to stand up and be expressive against the atrocities committed by the Islamic regime with no compromise.”

For more than four decades, the older generation of local Iranian-American Jewish leaders have typically remained silent or avoided public criticism of the Islamic regime for fear of reprisals on the country’s remaining 5,000 to 8,000 Jewish population.

Nevertheless, in early October, the L.A.-based Iranian American Jewish Federation (IAJF) released a statement supporting the protesters and condemning the killing of Amini.

Tehran’s Central Jewish Committee, which oversees the activities of Iran’s remaining Jews, recently released a statement on Instagram strongly supporting the regime and denouncing the protesters.

L.A.-area Iranian-Jewish activists said any public comments coming from Jews in Iran today regarding the regime do not accurately reflect the community’s views because they are typically made under duress from the security apparatus.

“The small Iranian Jewish community and its leadership are under the direct orders and direction of the regime’s intelligence ministry to say certain things,” said George Haroonian, an Iranian-Jewish activist living in L.A. “What was pronounced by Tehran’s Central Jewish Committee is clearly not the wishes of the Iranian Jewish community.”

At the same time, L.A.-area Iranian-Jewish activists confirmed that two Jews in Iran were arrested by the regime’s security forces during recent protests. While one Jew was released the next day after his arrest, Jewish community leaders in Iran are still trying to help secure the release of the other prisoner.

Ahmad Batebi, a former Iranian opposition political prisoner and journalist now living in Washington, said many younger Jewish students in Iran have been arrested since the protests began three months ago because they, like other young people in the country, are tired of living under the regime’s oppressive rule.

“Jews in Iran in the past were afraid to become politically active because of pressure from their community or because of fear of being accused of being a Zionist by the regime, said Batebi, who is not Jewish. “Now the Jewish students, like all the other younger people in the country, are no longer afraid of the regime and are protesting in the streets in order to take the country back to the normal, tolerant place it was 43 years ago,” before the 1979 Islamic Revolution.

The Baraye Iran event received much praise from non-Jewish Iranian-American groups and activists.

“This event being held is a sign of what the future holds—which is Jewish-Iranian Americans and Iranian Americans locking arms with each other to advocate for a free Iran,” said Bryan E. Leib, executive director of Iranian Americans for Liberty, a non-profit advocacy group opposed to the Iranian regime and based in Washington.

Other non-Jewish Iranian experts said the Baraye Iran event also sends a powerful message to protesters in Iran about the American-Jewish community’s solidarity with their quest for freedom.

“The support of Jewish people has an additional impact on the people of Iran, that is, it will remind us of a long history of friendship and cooperation between the two ancient peoples of Iran and Jews,” said Amin Sophiamehr, an Iranian-American activist and Iran expert based in Indiana. “It will show us a glimpse of a friendly future between the Iranian people and Jews from all around the world.”

Sam Yebri, former president of the L.A.-based 30 Years After non-profit Iranian Jewish organization, said all American Jews who have long supported various social justice causes have a responsibility to support the people of Iran fighting for their freedom.

“The female-led uprising in Iran is the most consequential fight for human rights of our generation. Iranian protesters are risking their lives for the values of life and liberty that we claim to hold most dear as Americans and as Jews,” said Yebri. “We have a duty as American Jews to make their fight our fight.”

Other L.A.-area Jewish leaders said the Iranian regime’s constant threatening a second genocide of the Jews as well as its serious human rights violations against protesters should raise alarm bells for all Americans.

“All Americans left, right and center should show solidarity with the women and men of Iran yearning for freedom and dignity,” said Rabbi Abraham Cooper, associate dean of the L.A.-based Simon Wiesenthal Center. “As Jews and as Americans we should be demanding that the Biden administration reimpose sanctions and stop the folly of pursuing a worse than useless nuke deal.”

Rabizadeh said she hoped the Baraye Iran event would be the first of many advocacy efforts by Americans of all backgrounds to show solidarity with the people of Iran who are only demanding the basic freedoms all Americans enjoy.

“We have an obligation, not only as Jews but as Americans, to help those who are in need. And in this case, the people of Iran—women and gen Z-ers who are calling out to us and screaming for help,” said Rabizadeh. “How much longer are we going to keep the mute button on and pretend it’s not happening?”