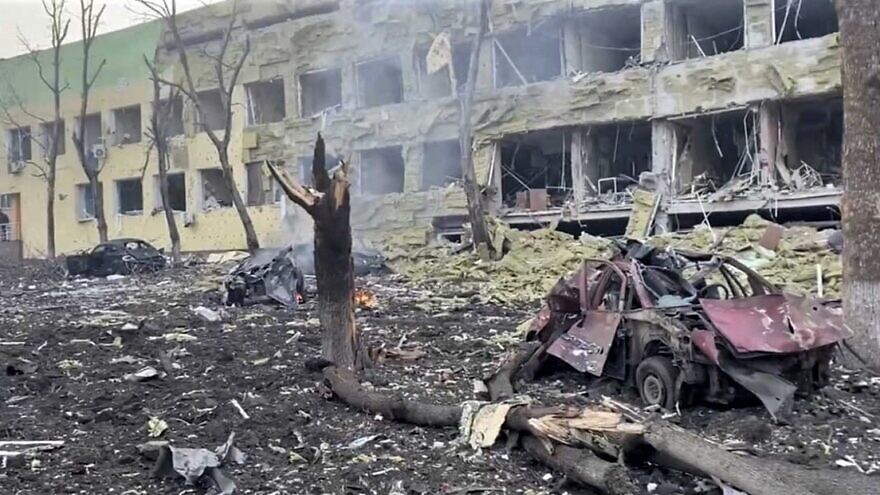 He added to that by saying, “I strongly condemn these war crimes.”

Speaking during a trilateral meeting in Athens with the leaders of Greece and Cyprus, Lapid did note that “there is also a point of light in this darkness: The world is not silent. The world isn’t cynical; it isn’t driven purely by interests and economic benefit. A coalition, rare in size and power, has come together to help Ukraine and to stand by its side.”

“This is a reminder for us as well that the power of states in the 21st century is measured by the strength of their alliances and their ability to produce force multipliers,” he said. “Greece, Cyprus and Israel have an unbreakable alliance based on shared values and on economic and security cooperation.”

Earlier on Tuesday, Israeli Prime Minister Naftali Bennett condemned the killing of Ukrainian civilians in the town of Bucha but did not mention Russia by name.

“We’re shocked by the terrible sights in Bucha—awful scenes—and we condemn them. The suffering of Ukrainian citizens is immense, and we’re doing everything we can to assist,” he said during a televised news conference, according to Reuters.