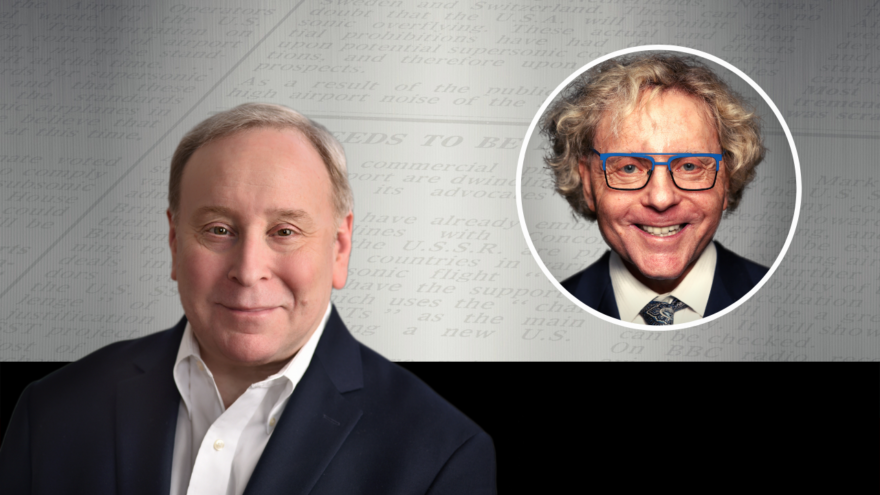 (December 1, 2022 / JNS) Where to draw the line between defending free speech and enabling antisemitism and hate crimes? According to JNS editor-in-chief Jonathan Tobin, that’s the dilemma at the core of the question about censorship on social media platforms.

In the latest episode of “Top story,” Tobin explains that the sale of Twitter to Elon Musk has brought about a much-needed end to political censorship in what has become the virtual public square. But, he argues, the question of how to respond effectively to a rising tide of intolerance involves a recognition that opposition to the mainstreaming of antisemitism, especially from celebrities, is a matter of common sense, not cancel culture.

Tobin is joined by legal expert and author Thane Rosenbaum, author of “Saving Free Speech … from Itself.” Rosenbaum believes that while open discourse must be defended against those who wish to suppress opposing views, free speech must also involve “respect for human dignity” and and not protect “pervasive attacks on human existence,” which forms the basis of contemporary antisemitism.

The role of Big Tech

Tobin and Rosenbaum discuss the need to rein in Big Tech Internet companies and social media platforms, whose unprecedented monopoly gives them the power to skew debates and even elections, as happened with the suppression of Biden family corruption stories in 2020. Of special concern is both a biased corporate media that proved former President Donald Trump right when he coined the term “fake news,” and the way the Biden administration is seeking to collaborate with Big Tech to censor dissent against their policies, they say.

The failure of “legacy Jewish organizations”

The two also discuss the failure of “legacy Jewish organizations” like the Anti-Defamation League and the American Jewish Committee to effectively defend Jewish interests. This failure, they argue, is because they have become captives to progressive ideology. “They are much more interested in gender-neutral bathrooms than they are in Israel,” says Rosenbaum.

The two also analyze the controversy over Trump’s dinner with antisemites like Kanye West and Nick Fuentes. Speaking of the former president, Rosenbaum said, “We cannot have you break bread with the Holocaust deniers and enemies of the Jewish people that aren’t just disagreeing with us on policy. They’re disagreeing about our existence.”