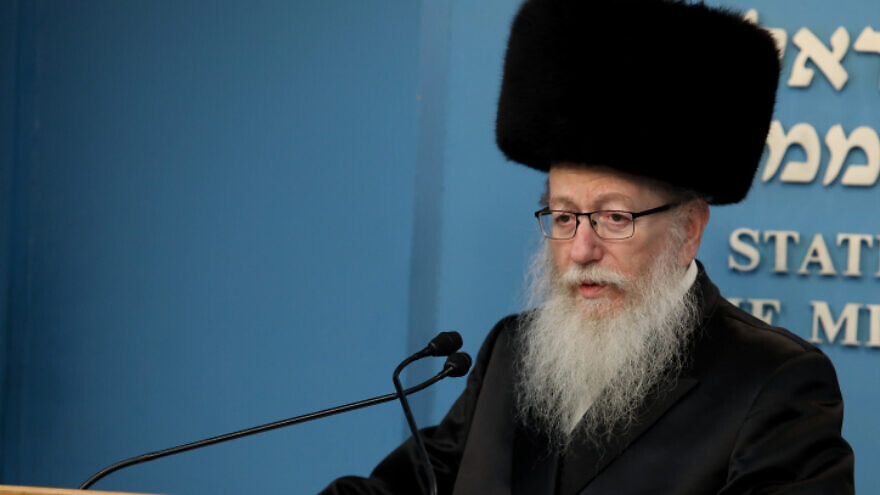 (April 26, 2020 / JNS) Israeli Health Minister Yaakov Litzman of the United Torah Judaism Party told Prime Minister Benjamin Netanyahu on Sunday that he wants to be appointed Housing and Construction Minister after leaving his position at the Health Ministry.

Litzman said that he is looking forward to tackling the “housing crisis” that has plagued Israel for years, reported i24 News.

“As someone who has stood in recent years as the head of Israel’s health system, I can say fully and with certainty that our health system is strong and stable,” Litzman said in a statement released by his office.

Litzman, who has led the Health Ministry for more than a decade, also condemned “incitement” against the country’s ultra-Orthodox sector since the coronavirus crisis began.

A Channel 13 poll showed that 67 percent of Israelis had an unfavorable view of Litzman’s handling of the pandemic, mainly because he was perceived to have been slow in closing ultra-Orthodox institutions, which result in hot spots of COVID-19.

Blue and White Party officials were quoted by Ynet as saying on Saturday that the party wants a professional to replace Litzman as health minister.