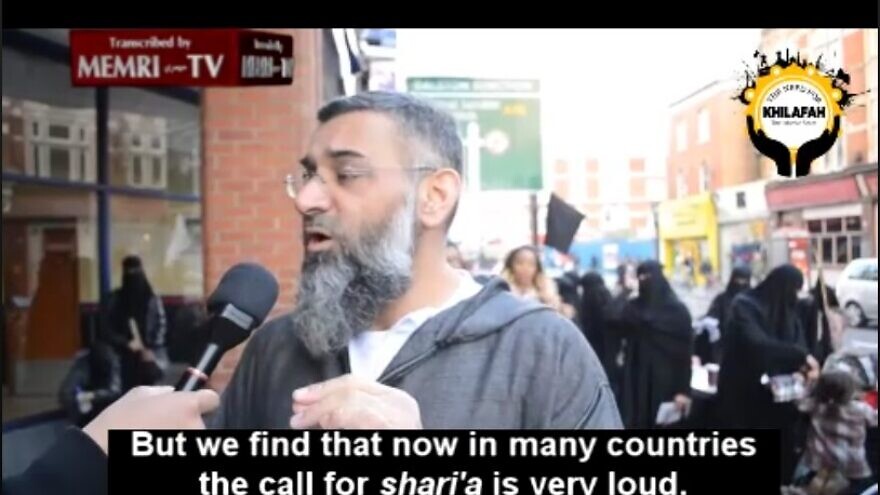 (July 25, 2022 / JNS) London-based, pro-Islamic State (ISIS) preacher Anjem Choudary published on his blog and Telegram channel an article in English titled, “Israeli Crimes Against Muslims in Palestine Will Come to an End!”

According to a report by MEMRI’s Jihad and Terrorism Threat Monitor and shared with JNS, the article highlighted what he described as the “massacres” committed by Israeli forces against Muslim Palestinians over the years and called on Muslims around the world to ignore proposed political solutions to resolve the Israeli-Palestinian conflict.

Instead, he called on Muslims to join the ranks of jihad to end the suffering of the Palestinians.

Choudary added: “Not to mention the murder of Muslim citizens at checkpoints etc. … all endorsed and paid for by U.S., U.K. and other Western financiers of Israel.”

He further announced that he was launching a new Twitter campaign to rally support for his call.

“The Islamic verdict for Palestine is clear from the Divine sources of legislation—the Koran and Sunnah, it is NOT a two-state solution or a peace treaty; rather, the Divine ruling is to fight jihad to defend life and property, and to liberate the land,” he concluded.