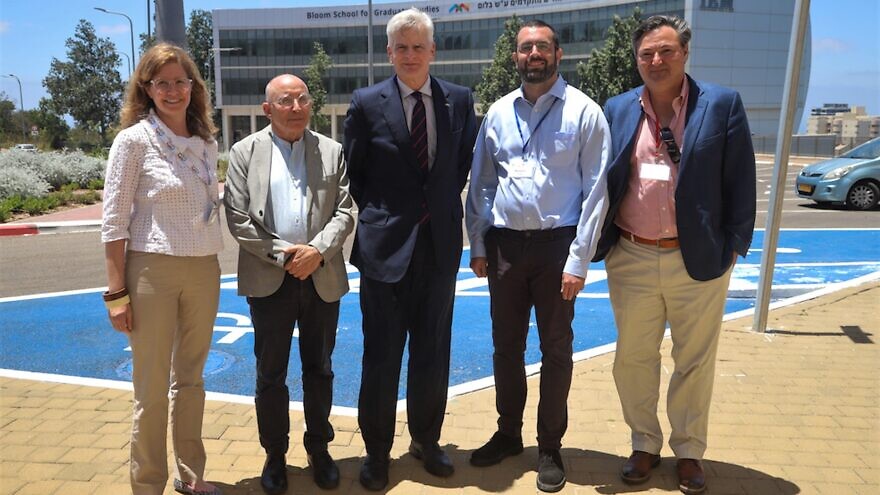 (June 20, 2022 / JNS) Sen. Bill Cassidy (R-La.) visited the University of Haifa on a multiple-day trip as the northern Israeli academic institution celebrated its 50th anniversary, with the American lawmaker getting a firsthand look at the university’s programs through the lens of his efforts to strengthen U.S.-Israel relations.

The senator arrived on June 17 and proceeded to meet with members of the university’s faculty and leadership. From snorkeling off the coast of Caesarea with Beverly Goodman-Tchernov, who heads the school’s Moses Strauss Department of Marine Geosciences and has earned the prestigious National Geographic Explorer designation for her research on environmental changes; to touring the Baháʼí Gardens; to attending the Ninth Haifa Conference on Marine Sciences, he was exposed to some of the attributes of northern Israel.

“The special relationship between the United States and Israel is ever-present in my work as a senator,” said Cassidy. “Examples include sharing lessons learned from the COVID pandemic, collaboration on national-security measures or joint involvement in missile-defense systems. Beyond this are the cultural ties which bind us even more.”

He also held meetings with former Shin Bet leader Adm. (Res.) Amichay (“Ami”) Ayalon, as well as Professor Benjamin Miller and Dan Schueftan, head and director of the university’s National Security Studies Center, respectively; each briefed him on geopolitical and security issues. It comes as Cassidy seeks to inform U.S. policy towards Hezbollah, particularly in regard to the Lebanese group’s activities as an Iranian proxy that carries out terrorism, money-laundering and human-trafficking operations.

In addition to addressing the 50th annual board of governors meeting on Sunday, where he helped inaugurate the new Bloom School of Graduate Studies, Cassidy toured the Haifa Research Center for Maritime Policy & Strategy, which fosters U.S.-Israel cooperation in maritime security, intelligence-sharing, military R&D and security diplomacy; as well as the Leon H. Charney School of Marine Sciences.

“The most difficult problems that society faces require novel and innovative solutions,” he said. “This does not just happen. The Bloom [program] will cultivate the interdisciplinary mindset and collaboration to find these solutions.”

His visit builds on the existing collaboration between Israel and the State of Louisiana. In 2019, the University of Haifa and Louisiana State University signed a Memorandum of Understanding to partner in the areas of marine science and military training.

University of Haifa president professor Ron Robin visited LSU in March to follow up on the partnership. During the visit, LSU expressed interest in teaming with the University of Haifa to advance the fight against climate change, as well as to expand its collaboration with the Israeli university’s military, leadership and cyber-security programs. 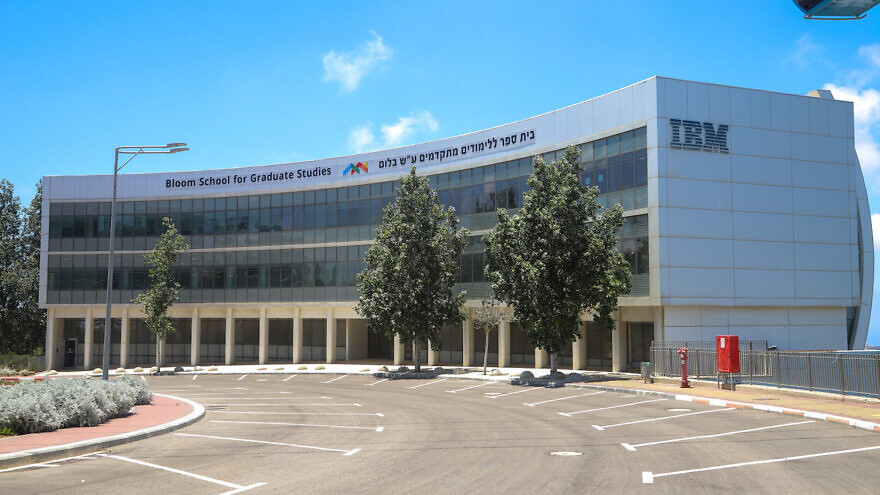 The University of Haifa’s new Bloom School of Graduate Studies. Credit: Courtesy.
Republish this article in your newspaper or website