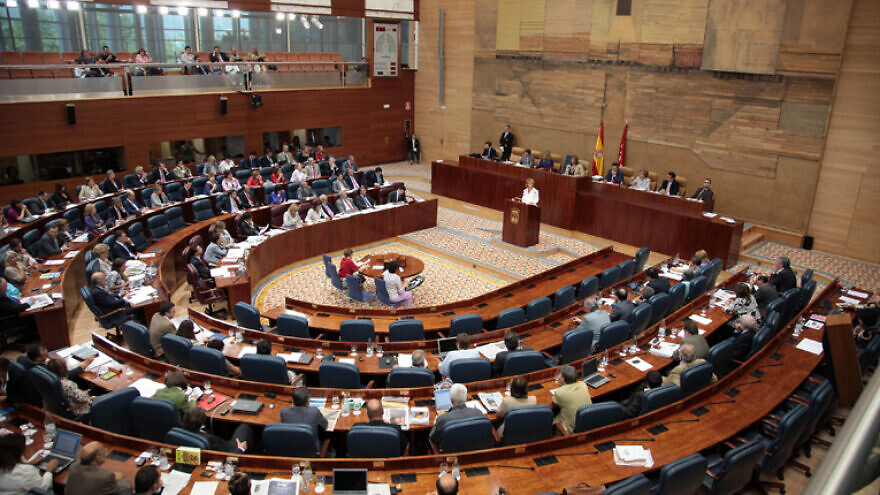 In addition, the Assembly demanded that the country’s national parliament adopt legislation precluding any possible grant or public aid to entities that promote anti-Semitism as defined by the IHRA, according to pro-Israel advocacy organization Action and Communication on the Middle East (ACOM).

This proposal would effectively exclude public financing of any BDS group or activity in Spain, a nation where BDS has gained popularity in recent years.

The law was supported by the Partido Popular, the ruling party in the Madrid region, led by President of Madrid Isabel Díaz Ayuso, “a strong and committed defender of Israel,” according to ACOM, with the support of the the Socialist Party (center-left), and the VOX Party (conservative).