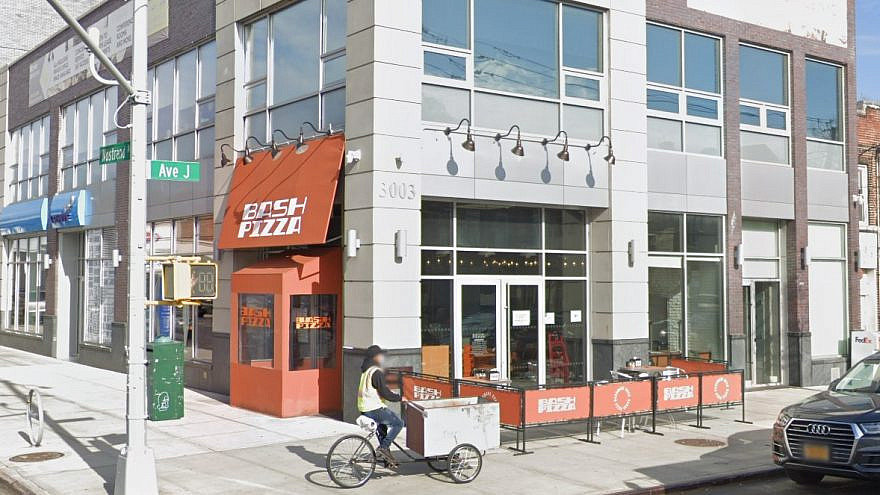 (June 11, 2021 / JNS) A man was taken into custody and charged with assault and criminal mischief after flipping over tables and attacking customers at a kosher pizzeria in Brooklyn, N.Y., on Wednesday, reported CBS 2 New York.

Surveillance footage from inside the Bash Pizza place in the Flatbush neighborhood showed an African-American man turning over tables and throwing salt shakers, as well as other items, at patrons and staff members inside the restaurant.

He also hurled profanities, according to The Jerusalem Post, which cited multiple media sources. The publication said that some patrons took cover by running out of the premises, while others barricaded themselves in the store bathroom, including 10 women, a pregnant woman and an infant.

Seconds after the violence started, a Jewish man wearing a black shirt entered the eatery and threw a high chair at the attacker to distract him from continuing to vandalize the pizzeria. The suspect then quickly ran out of the restaurant, threw an object at the Jewish man and walked across the crosswalk before shoving a female pedestrian.

Only moments after the woman was assaulted, a man wearing a kipah exited and tackled the attacker to the ground in the middle of the sidewalk. Others joined in to keep the man subdued until police arrived at the scene.

When asked by a bystander “Why are you doing this?” The attacker replied, “Because I can,” and then admitted that he dislikes Jews.

The man was taken to a hospital for psychological evaluation, according to CBS 2 New York.