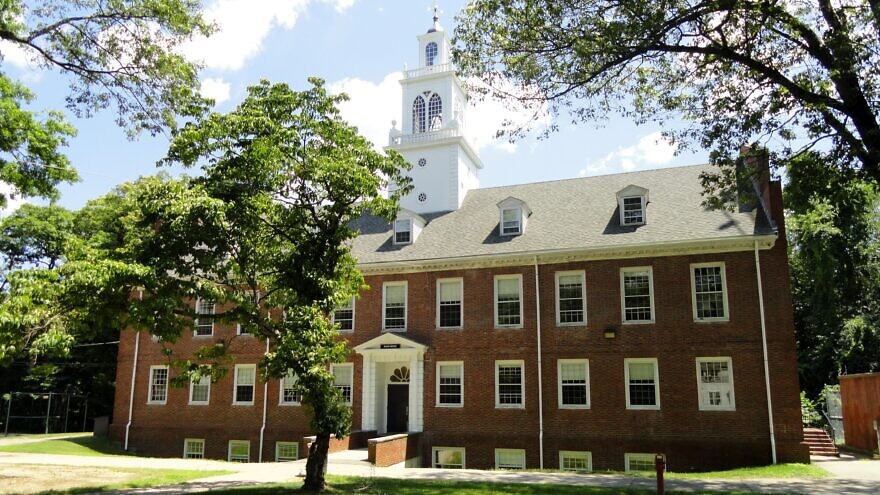 (July 1, 2022 / JNS) An employee at Curry College in Massachusetts has been fired after an internal investigation discovered that the “person of interest” was responsible for drawing racist and anti-Semitic graffiti at the private school.

The employee, whose name was not publicly revealed, scrawled a number of swastikas and messages threatening black students onto school facilities during the spring semester, Curry College president Ken Quigley said in an email to the school on Wednesday.

The Curry College Public Safety Department carried out the internal investigation with help from the FBI, the Joint Terrorism Task Force and the Milton Police Department. Quigley said the school’s non-discrimination policy requires that the person’s identity remain hidden from the public.

“We recognize and regret the impact these bias acts have had on our students, families, faculty and staff throughout the spring semester and hope this will allow us to continue moving forward,” he wrote. “It is our hope that this will bring some closure to the series of events we all suffered through. I wish to again thank our community members for their collective response in support of one another.”

On Feb. 8, a swastika and threat against black students were found written in men’s restrooms in the school’s residence hall and the athletic field house, reported MassLive.com.

Similar messages reportedly appeared at the school earlier in the year, including “hateful language” drawn in a laundry room on International Holocaust Remembrance Day and at least a dozen swastikas written across campus over a three-day period in late January.