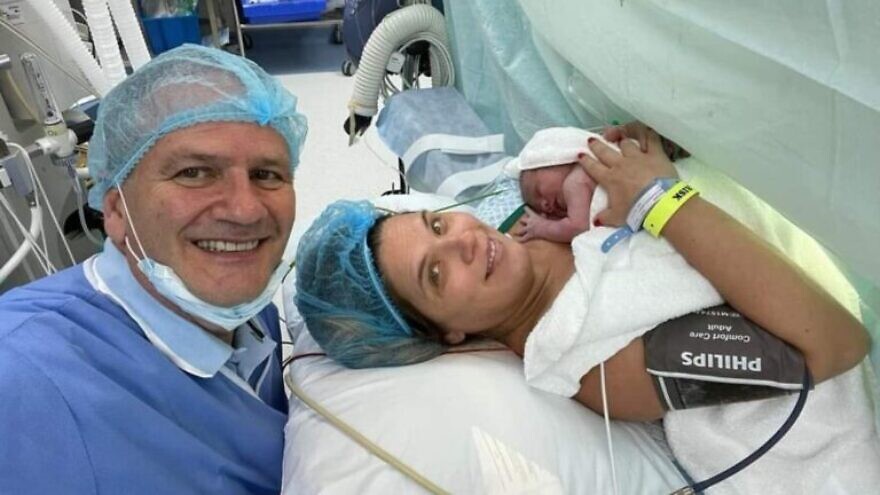 (August 16, 2021 / Israel21c) The Israeli head of mission in Dubai, Ilan Sztulman, and his wife, Jacqueline (“Jackie”), celebrated the first anniversary of the Abraham Accords normalization agreement between Israel and the United Arab Emirates with the arrival of their fifth child, Mia Sztulman Starosta Lembert.

Mia is the first Israeli citizen born in the UAE.

The Israeli consulate in the UAE was inaugurated in June, just a few months before the baby’s Caesarean delivery in Dubai’s Mediclinic on Aug. 14, where the attending obstetrician was reportedly an American Muslim.

In an interview with Khaleej Times, Sztulman said, “I’m very excited to be in this historic moment. There have been other Jewish newborns, but she’s the first newborn of an Israeli diplomat here in Dubai. It’s exciting news as it coincides with one year of the Abraham Accords. We are getting the two nations together in business and strategic interests, and now in real life too. Having a baby born here in a hospital like anybody else is symbolic of the closer relationship the two countries are building.”

The infant has an international pedigree. Born in Brazil in 1957, Sztulman moved to Israel at age 18. He has served in diplomatic posts for Israel in the United States, São Paulo and Argentina. Jacqueline Starosta Lembert, an architect and project manager, is the economic development director at the Consulate General of Israel in Dubai.

“Mia’s Israeli passport will be issued in Dubai, marking a major milestone in the history of the UAE and Israel,” reported the Gulf News.

The Israeli Foreign Ministry posted on Facebook, “Mazal Tov to Ilan & Jackie on the new addition to their family!”