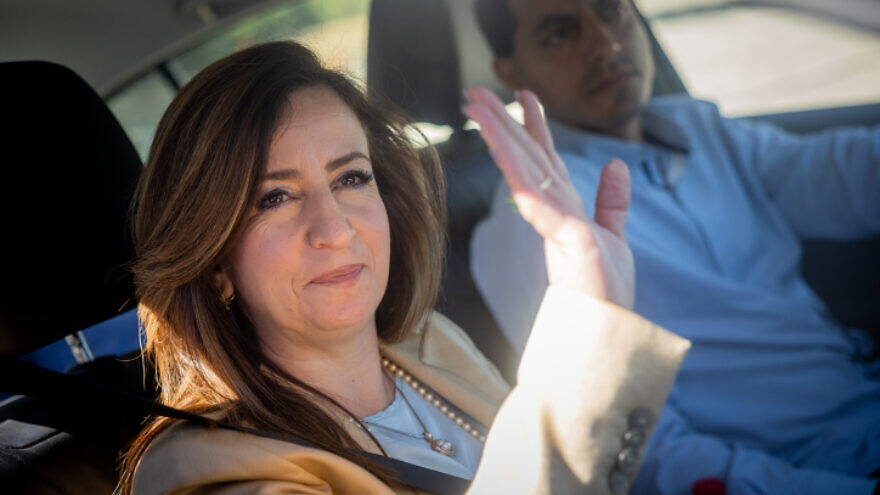 (May 23, 2022 / JNS) Knesset member Ghaida Rinawie Zoabi of the Meretz Party, who stunned the Israeli political system last week by announcing her resignation from the coalition, has changed her mind following heavy pressure by coalition leaders, Ynet reported on Sunday.

“I grew up in the local Arab councils, and now I am in the Knesset to improve Arab society,” Zoabi said after a meeting with Israeli Foreign Minister Yair Lapid and senior Meretz Party figures, according to the report.

She had agreed to the meeting after “enormous pressure” from the heads of local Arab councils, she said.

The Likud Party said in a statement that Zoabi’s return had only been made possible by promising “millions of shekels” in funding to the Arab sector.

The ruling Yamina Party denied the claim, saying in response that “no new money was promised to Knesset member Rinawie Zoabi,” according to the report.

What had been discussed, according to Yamina, was “opening blockages” preventing the distribution of budgets approved some time ago as part of the government’s five-year program, “in the areas of education, infrastructure, employment and more.”

At the end of his meeting with Zoabi, Lapid stated: “I accept Knesset Member Rinawie Zoabi back into the coalition. We managed an open, transparent and balanced discussion on the real needs of Arab society, both with her and with the heads of the councils, whom I thank for arriving and taking this on. We put this argument behind us and we return to work in the government.”

In her resignation letter, sent last week to Israeli Prime Minister Naftali Bennett and to Lapid, Zoabi wrote that “the heads of the coalition preferred to strengthen and safeguard the right-wing side of the coalition, again and again.”

Zoabi said she had encountered “total unreceptiveness to the needs of Arab communities, particularly in the areas of development for local councils, housing, employment and education.”