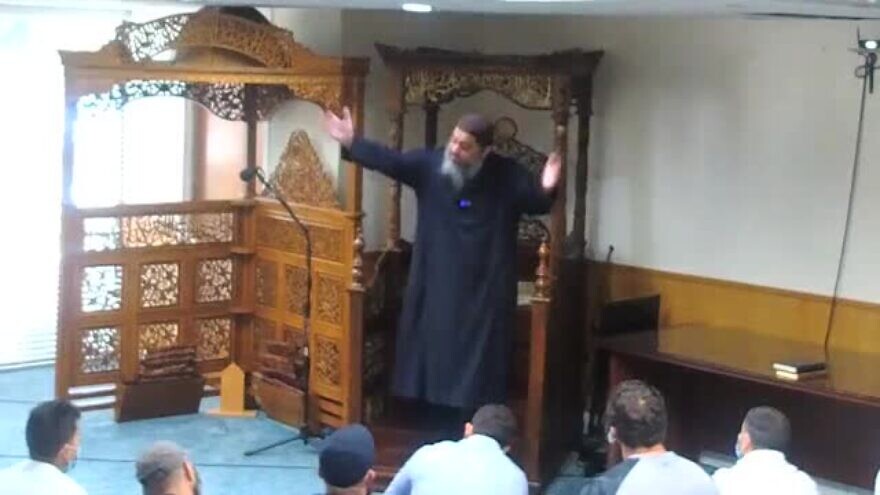 (June 11, 2020 / MEMRI) Miami-based imam Dr. Fadi Yousef Kablawi said during a recent sermon that he was saddened by Muslims participating in Black Lives Matter protests, because “every life matters,” and asserted that Christianity was the main problem in the West today.

Speaking on June 5 at the North Miami Islamic Center, Kablawi said that Christians believe that Jesus died for their sins and that as a result that they can commit crimes such as looting and repent for them later. “You tell me how such a religion will create good citizens,” he asked, before going on to state that the solution to America’s problems is Islam.

Later in the sermon, Kablawi said that according to Darwinism, the European race must “exterminate the savage race” of people with bigger lips and darker skin.

The sermon, titled, “This Is How We Should Look at the George Floyd Issue as Muslims,” was streamed live on the mosque’s Facebook page.

Kablawi, who is a dentist and originally from Jordan, wrote an article in Ghurabaa Islamic Magazine in 2010 in which he claimed that the Jews had incurred the anger of God. In November 2019, Salman Rashid, who is affiliated with the North Miami Islamic Center, was arrested for plotting an Islamic State attack against the deans of Broward College and Miami Dade College.