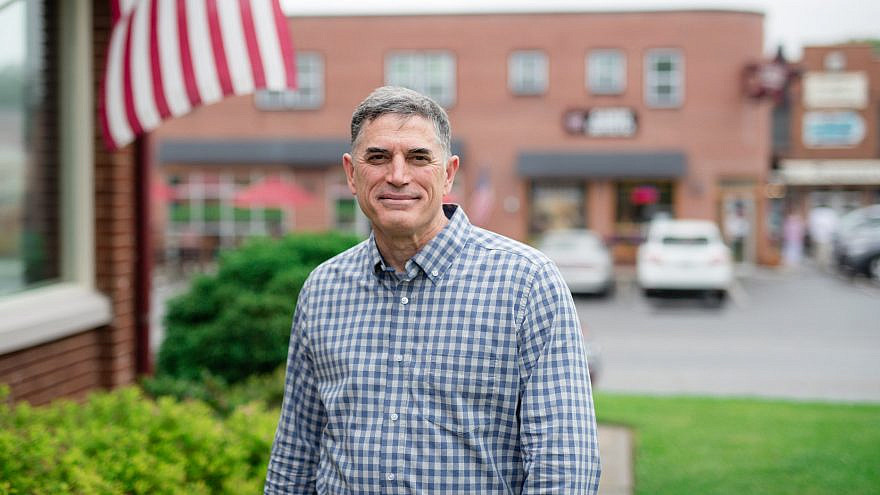 A 28-year Navy officer and a combat veteran, Clyde also was a small-business owner.

The 57-year-old is married with four children.

JNS talked with Clyde by phone on Dec. 10. The interview has been edited for brevity and clarity.

A: I support the overall U.S.-Israel relationship very much. Israel is our greatest ally in the Middle East. We need to maintain that leadership and make it stronger. I am a huge fan of our president’s moving the U.S. embassy to Jerusalem. That was a promise kept that our country made two decades ago. Recognizing the Golan Heights as a part of Israel was another exceptionally great move by our president. Having a strong United States-Israel partnership is absolutely vital to the security interests of the United States and to the prosperity of the United States, too.

A: I have never been to Israel. In 1994, almost made it to Haifa on the USS aircraft carrier Saratoga, and I have seen a port of entry from the country of Jordan across the Jordan River. I saw the Israeli port of entry but never actually set foot on Israeli soil, and I hope to correct that as a member of Congress.

I would love to visit Israel, where Jesus walked, honestly.

Q: You mentioned your faith. How much does it inspire your support for Israel?

A: It’s the foundation for my support for Israel. The Bible says, and this is my translation, that “He who blesses Israel I will bless.” And I’m a firm believer in that.

A: I believe Iran is a significant threat. I have seen what the Iranians have done firsthand as a combat veteran serving in Iraq. They need to be taken to task, and the terrorist threat that comes out of Iran needs to be eliminated.

Q: What was your reaction to the recent U.S. withdrawals from Iraq and Afghanistan? Are you concerned that a power vacuum could be filled by Iran and other U.S. adversaries?

A: We saw during the Obama administration when ISIS came to power in Iraq. I spent time with the Yazidi people and the Kurds up in northern Iraq, so yeah, that is a huge concern. I also applaud President Trump in the [Jan. 3, 2020] elimination [by the United States] of the Iranian terrorist Gen. Qassem Soleimani. I thought that was an exceptionally forward move, and I think it eliminated an immediate threat on an attack on our embassy.

Q: So do you agree with the U.S. troop withdrawals from Iraq, Afghanistan and even Syria?

Q: Why a presence in Iraq?

A: It’s more central to the region. I would probably want to get more direct information from our military. But what I saw from when I was over there in Iraq—from what I’ve seen in the papers, with the news has brought out—keeping a presence there helps us to monitor the Iranian threat. That’s really what we need to do. We need to be able to monitor the threat and be able to react very quickly. How that plays out, what is actually needed to make that happen, there’s probably a number of different ways we can achieve that. But we have to have that capability in mind.

Q: What’s your reaction to U.S. President-elect Joe Biden saying he would re-enter the United States into the 2015 Iran nuclear deal if Iran returns to compliance?

A: I don’t think the Iran nuclear deal was a good deal at all. I am not in favor of Biden’s plans at all.

A: It’s very concerning. I have some great Jewish friends. Anti-Semitism is unacceptable, and it should be called out and exposed at every opportunity. I think it needs to be done away with. It’s wrong.

Q: How do we best combat anti-Semitism and anti-Zionism, especially the BDS movement?

A: The BDS movement is just wrongheaded. It’s not smart. That’s not protecting our U.S.-Israel partnership. You’ve seen some members of Congress promote that, and it’s just not right. Anti-Semitism has no place in the United States of America. This BDS movement has no place either.

Q: What’s your reaction to those, including Democrats, who are for conditioning U.S. assistance to Israel on Israel not applying sovereignty to the West Bank?