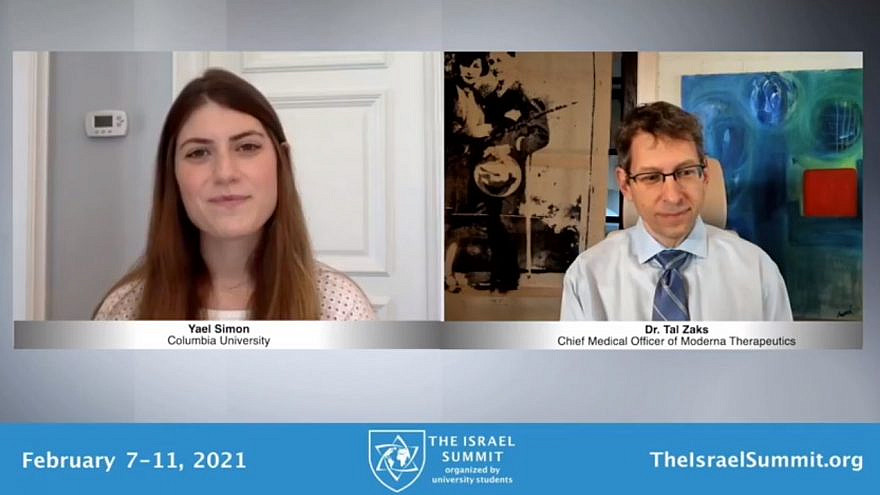 The inaugural 2021 online conference aimed to shift the conversation surrounding Israel on college campuses. Through high-profile, high-impact summits, the organization presents Israel’s robust array of contributions to the global community, allowing students of all faiths and backgrounds to connect with the State of Israel outside of the political arena that dominates campus sentiment.

Addressing summit participants on Feb. 9, Romney spoke about the importance of the U.S.-Israel relationship and opposition to BDS campaigns, maintaining that Israel “is a democracy that stands in a very difficult neighborhood, and that is a model in this region for the advantages of democracy, including technology innovation, economic vitality and military prowess.”

He expressed that with shared values, Israel is a valued partner to compete with authoritarian states, and any effort to delegitimize the nation is like “shooting ourselves in the foot.” The senator encouraged participants to speak their values.

Bardin, who spoke the next day, emphasized the Israeli mindset in the technology arena. Israeli startups, he said, are forced to think global because of the small size of the Israeli market. Additionally, he related, “Israelis don’t fear tech; they enjoy challenges.”

When he founded Waze, he explained, everyone in the industry told him why his idea couldn’t work. “Never let the conventional wisdom that you can only do things [a certain] way get in the way of your plans,” advised Bardin.

On Feb. 11, Zaks spoke about his experience developing the vaccine for coronavirus, as well as watching Israel’s “sense of community and infrastructure for preparedness” that allowed the country “clear foresight” to procure vaccines quickly. The Jewish state, he said, is “leading the path” for other countries in this respect.

The productive exchange of ideas in medicine and technology between the United States and Israel, he maintained, is based on “alignment of fundamental values about the sanctity of life, belief in science as a driving engine to what we do and unleashing individual creativity through constructive capitalism.”

Institutional partners for the summit included the World Jewish Congress, AIPAC, Hillel International, Chabad International, the World Union of Jewish Students, Christians United for Israel, American Jewish Committee, StandWithUs, the Simon Wiesenthal Center and JCC Global, in addition to a host of other entities, with more than 50 supporting organizations.

Initially launched at Harvard University in 2017 by graduate Max August, the first Israel Summit was founded with the help of Birthright Excel, where he is a fellow, to provide participants a broader understanding of Israel and offer nuanced, balanced dialogue about the country compared to the anti-Israel sentiment August had experienced on campus. He reported being first exposed to the anti-Israel sentiment on campus during his freshman year, telling JNS of feeling “silenced and nervous” when expressing his support for Israel.

But most students on campus, he told JNS, were “disengaged and apathetic,” with the “middle left out to conversation.”

At first, he explained, “I was nervous about getting involved in pro-Israel work, and that’s where Excel came in. [While in Israel], I met my brothers and sisters [in the military] putting their lives on the line to protect the Jewish state, so I knew that I could put on a conference.”

The Birthright Excel fellowship, which begins with a 10-week business or technology summer experience in Israel, placed fellows in global biotech, consulting, finance, marketing, software development, startups and venture-capital firms that provide substantive, hands-on work experience and mentorship from at least one senior manager. They participate in speaker events by professionals across many sectors of Israeli society, workshops and leadership training. Each Fellow is paired with an Israeli peer who provides a personal bridge to Israeli society, and oftentimes, lifelong friendships.

‘Our obligation, to shift the paradigm’

Meeting Israelis, said August, gave him the desire to change the conversation on his campus and promote Israel in a positive way, showcasing different aspects of Israeli society, highlighting Israeli innovation and presenting students with opportunities to engage a larger audience with non-political content about Israel.

“The Israel Summit engages a new audience of people who were not previously engaged,” he said, “bringing celebrity-esqe speakers you wouldn’t normally bring, as well as a job fair for students whose top priority is to find internships and jobs.”

“I grew very tired of BDS dominating the conversation at Columbia, in the United Kingdom”—her native country—“and worldwide,” she told JNS.

Determined to shift the conversation on university campuses worldwide, she and August joined with three other students.

One of them is executive director of the Israel Summit Aidan Golub, currently a sophomore more at Harvard University.

“As a movement made for students and by students, the Israel Summit plays a critical role in influencing the development of tomorrow’s leaders,” he said. “As university students, it is not only our responsibility, but our obligation, to shift the paradigm on campus and introduce our peers to the true beauty and complexity that is the State of Israel.”