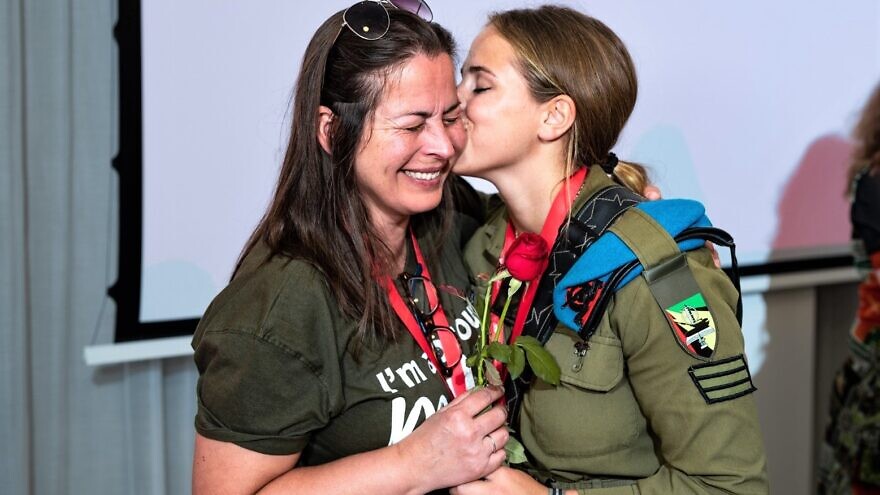 The mother of a lone soldier reunites with her daughter, who currently serves in the Israel Defense Forces, during a trip with the global movement Momentum at an event hosted by Nefesh B'Nefesh in Jerusalem on July 8, 2022. Photo by Aviram Valdman.
Spread the word.
Help JNS grow!
Share now:

(July 13, 2022 / JNS) Thirty-five mothers of lone soldiers currently in Israel on a special trip with the Momentum organization thought they were attending an educational seminar at the new Nefesh B’Nefesh Campus in Jerusalem on June 8 when they were surprised by their children serving in the Israel Defense Forces.

The mothers, many of whom hadn’t seen their sons or daughters since last year, arrived in Israel on July 4 from all over the world, including the United States, Canada, Argentina, Australia, Mexico and South Africa. They came to Israel thanks to Momentum, a global movement that helps women connect to their Jewish values and to the State of Israel.

They arrived as part of a larger delegation of 550 women taking part in Momentum’s flagship eight-day trip to Israel in partnership with the Ministry of Diaspora Affairs.

The emotional reunion of the mothers with their children in uniform was part of a joint effort between Momentum and the FIDF-Nefesh B’Nefesh Lone Soldiers program. Prior to meeting with their children, they met at the Nefesh B’Nefesh campus where they heard from Dr. Deborah Gilboa, a board-certified family physician and international parenting speaker (also a mother of a lone soldier) who spoke about the importance of resilience.

Momentum participant Kim Scop from South Africa, who hadn’t seen her son for four months, said “this trip has been amazing. To have a group of people who have this unique thing in common—to be around other mothers who know how it feels and how hard it is to have a child serving in an army who is protecting a country worlds away from where you are is special. All of us understand that every day is a worry. I feel super-inspired and grateful to be on this trip.”

“As a mother of a lone soldier, I know how much they long for the strength that can be found in a parent when they leave to defend a country that is so far away,” said Momentum founding director Lori Palatnik. “Momentum is proud to support the critical goal of helping Jewish women all around the world connect with Israel and their roots. We are especially privileged to fulfill this dream of our participants, some of whom have been waiting so long to come to Israel because of COVID.” 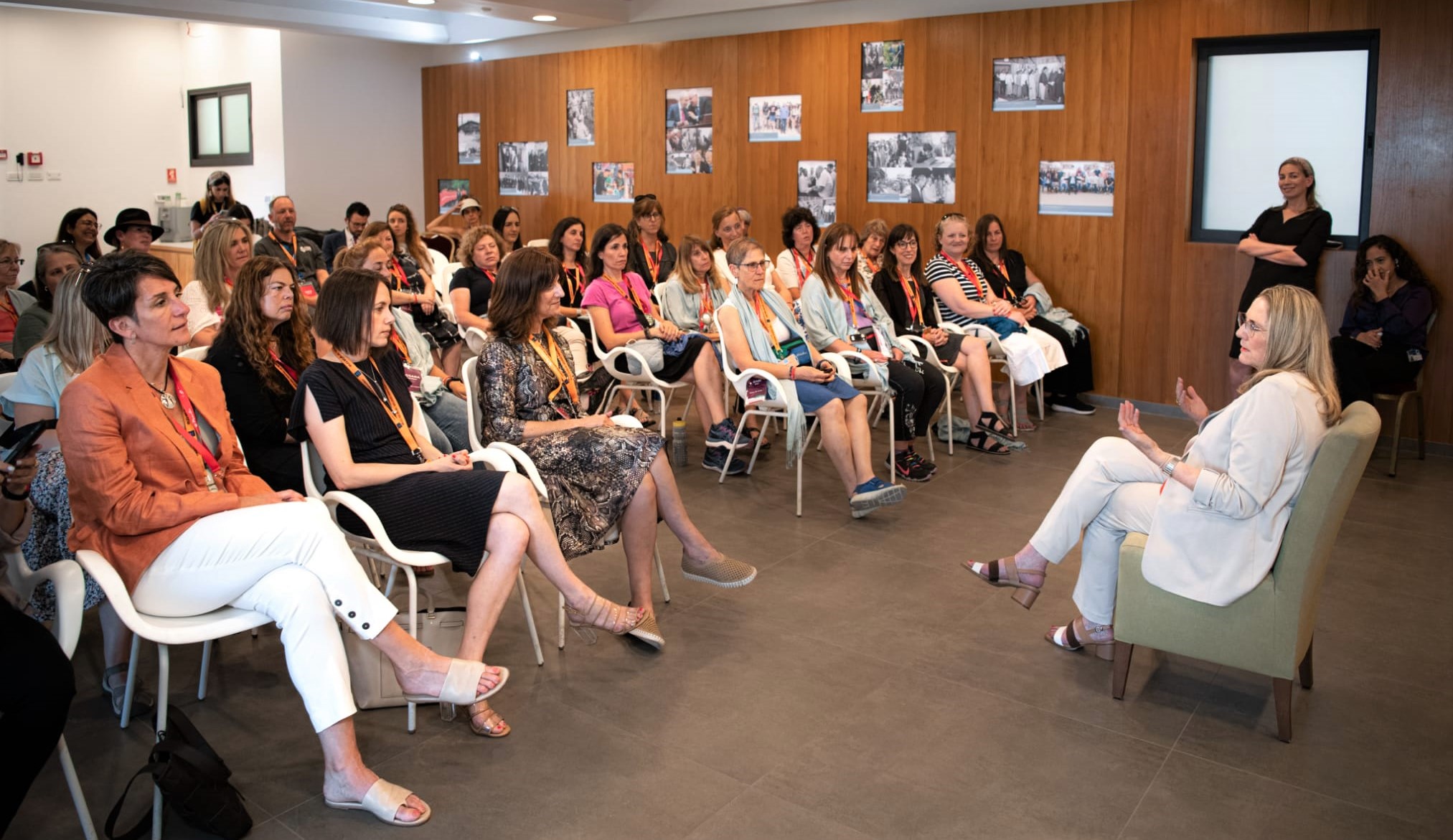 Mothers of lone soldiers serving in the Israel Defense Forces hear from first lady Michal Herzog at the President’s Residence in Jerusalem on June 7, 2022. Photo by Aviram Valdman.

The women also had the chance to meet with Israel’s first lady Michal Herzog at the President’s Residence in Jerusalem.

“I would like to thank each of you from the bottom of my heart,” said Herzog, the wife of Israeli President Isaac Herzog. “It should not be taken for granted that your children chose to serve in the IDF. And it should certainly not be taken for granted that you are supporting them from afar. As a mother of three former soldiers, I can’t imagine what it would be like to have children serve when you are so far away. But what I can say is that serving will be a life-altering experience for them where they will make friends that will remain loyal to them forever.”

The FIDF-Nefesh B’Nefesh Lone Soldiers Program cares for some 3,500 new immigrants (olim) from around the world currently in active service with the IDF. It offers guidance, support and care for lone soldiers at each stage of service, as well as after their release from the army and during the adjustment stages to civilian life.