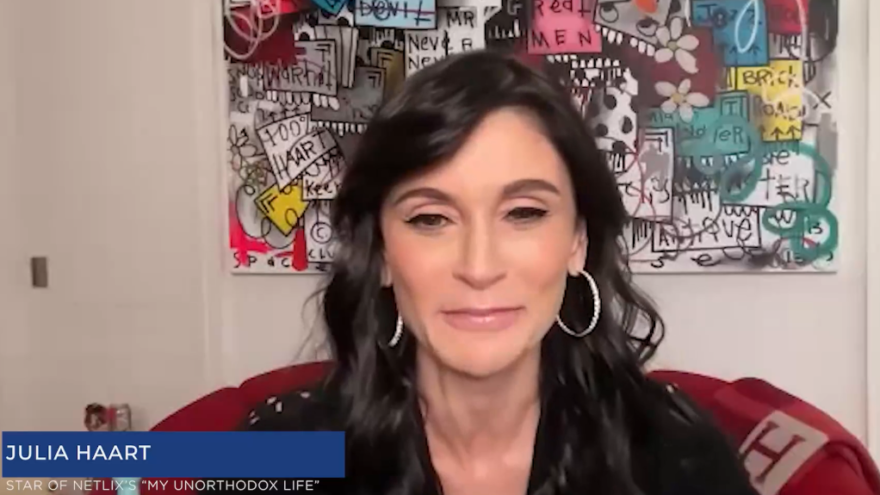 Such was an exchange between Julia Haart, star of the hit Netflix reality television show “My Unorthodox Life,” and American Jewish University (AJU) Rabbi Sherre Hirsch during a recent community webinar.

Over the course of 45 minutes, the always-outspoken Haart shared how, while Judaism was once the center of her life, empowering other women is now what fuels her. Hirsch, chief innovation officer at AJU, and Haart also talked Judaism, family and Haart’s writing process.

At the age of 42, Haart (now 51) left behind the haredi community of Monsey, N.Y.; after marrying at age 19 and remaining in the marriage for 23 years, she finally reached a breaking point and opted to leave the religious world, her story goes. She then threw herself into the secular worlds of fashion, dating and sex. After founding a shoe brand, a lingerie company and then being named CEO of Elite World Group, a modeling agency, she became one of the most powerful women in the fashion industry.

‘Reconciling the onscreen and off-screen’

In the summer of 2021, Netflix released the reality show about her and her family; think “Keeping Up with the Kardashians,” albeit with more Jewish references—and she has since enjoyed increased visibility in the Jewish community and beyond.

Not all the attention has been positive. Available in more than 190 countries and recently renewed for a second season, Haart’s show has received some backlash from those who feel it misrepresents what life is like for the Orthodox. Then there are those who claim to know Haart from her past and have publicly criticized her for fabricating what her life was like in the religious community.

Asked where she lands with Judaism today, Haart said she continues to keep several of the holidays, including Passover—although, “my version,” she said—Sukkot and Hanukkah, mostly for the sake of her son, who leads an observant life.

Family, indeed, is a central part of Haart’s life and TV show. Her departure from the observant community has caused permanent rifts in her immediate family, she told Hirsch. Her parents and siblings no longer speak to her.

But Haart and her ex-husband, Yosef Hendler, who have four children together, remain close. Hendler, the children and Haart’s current husband, Silvio Scaglia, appeared regularly on the nine episodes of the show’s debut season. 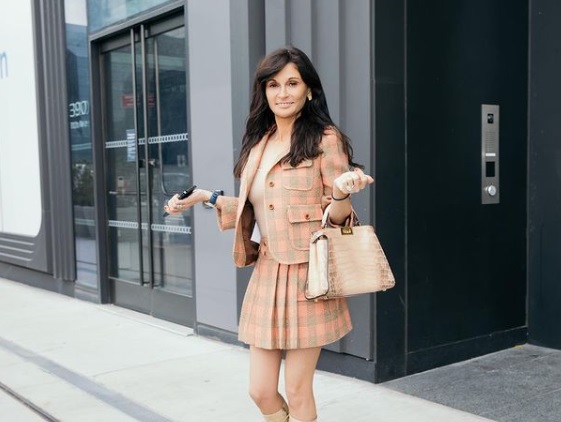 Speaking with Hirsch, Haart provided updates about her children, including her oldest, 28-year-old Batsheva, who has become a celebrity and social-media influencer in her own right.

The webinar also focused on the new book. When writing it, Haart wavered between including stories about her sexual history (also a major part of the show) and leaving them out. Ultimately, Haart opted to include them, hoping they would bring comfort to those, who like her, were once naive and inexperienced in this area of life.

Haart confirmed there would be a follow-up, predicting it would likely come out in 2026.

Over the course of the discussion, Hirsch posed a series of questions to the reality-TV star, including if Haart binge-watched her own Netflix show. She has not, for those wondering.

Given her role as executive producer, she has seen the show more than enough times, she said.

Ultimately, the conversation reinforced how with any public personality, it’s often hard to reconcile the onscreen and off-screen. In her TV show, Haart comes off as larger-than-life, outgoing and super-confident. Yet speaking with Hirsch, the businesswoman, public persona and influencer revealed that she is actually quite shy.

“People think I party all the time and go to all these fabulous events. My favorite thing to do,” she said, “is to get into my pajamas, get into bed and read a really good book.”