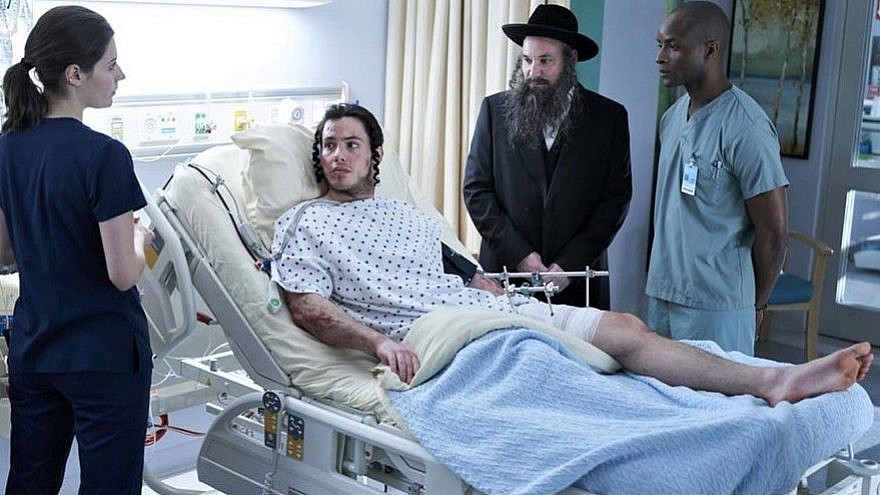 (February 25, 2021 / JNS) Jewish groups are cheering a report that NBC is pulling an episode of the TV show “Nurses” from its digital platforms after it depicted a highly inflammatory scene featuring Chassidic Jewish characters.

The fictional show set in a Toronto hospital came under criticism after it aired on Tuesday night with a storyline that included a severely injured Chassidic man refusing a bone graft because, as another Chassidic man tells him, it could be a “goyim leg, from anyone—an Arab, a woman.”

“The portrayal of a Chassidic Jew making hateful remarks about an Arab woman is gratuitous and inflammatory, and only validates longstanding anti-Semitic stereotypes,” said Jonathan Greenblatt, national director and CEO of the Anti-Defamation League in a statement on Wednesday condemning the show’s rhetoric.

The Simon Wiesenthal Center tweeted on Wednesday: “Insulting, demonizing religious Jews & Judaism. Overreaction? Orthodox Jews are targeted for violent hate crimes in New York, Jews #1 target of hate crimes in the US. What’s NBC going to do about it?”

While Tuesday was the first—and now only—airing of the episode in the United States, the series had appeared last year on Canadian TV.

This is the second time this week that NBC has come under fire for anti-Jewish, anti-Israel sentiment.

Jewish groups and Israeli officials accused NBC’s iconic American late-night variety show “Saturday Night Live” (“SNL”) of spreading anti-Semitism after one of its skits on Feb. 20 joked that Israel had given COVID-19 vaccinations only to its Jewish citizens.

“Israel is reporting that they’ve vaccinated half of their population, and I’m going to guess it’s the Jewish half,” quipped Michael Che, co-host with Colin Jost of the news parody “Weekend Update.”

Needless to say, it did not go over well.