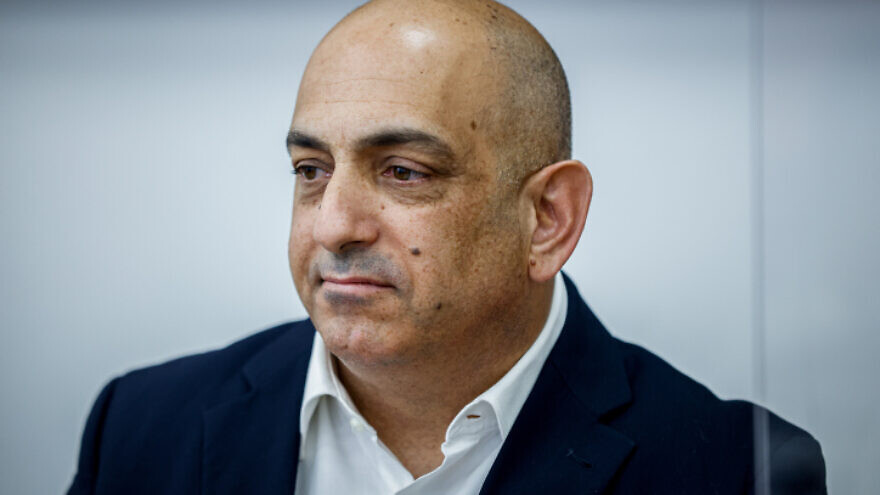 If the court finds that a witness’s testimony is antagonistic or contrary to the legal position of the examining attorney’s client, in this case the state, the attorney may ask the witness leading questions.

“I am under the sword of the same unit in the prosecutor’s office. It abuses me. Even when I came to give an open testimony, it was in the background the whole time,” Sharan said, referring to Case 3000, which involves allegations of corruption in connection with the purchase of three submarines from German firm ThyssenKrupp.

Sharan said last week he bumped into the prosecutor from the “Submarines Case,” who essentially threatened that if he didn’t fall into line with the prosecution in Case 4000, he’d find himself in trouble.

He said the prosecution cost him his job, forced his 85-year-old mother to show up to police headquarters, seized her bank account, and put his wife under house arrest.

“Every time I was in detention, I was threatened not to mess up if I wanted to see my wife because she was in their hands. They threatened to take our children away. And this is just the beginning. To say that I am calm about [giving] testimony when the executioner is sitting here next to me, obviously not.”

Sharan joins Yifat Ben-Hai Segev, former head of the Cable and Satellite Broadcasting Council, and Shlomo Filber, former director-general of the Communications Ministry, who accused the prosecution of pressure tactics once they took the stand.

The prosecution asked the court to declare both of them hostile witnesses.