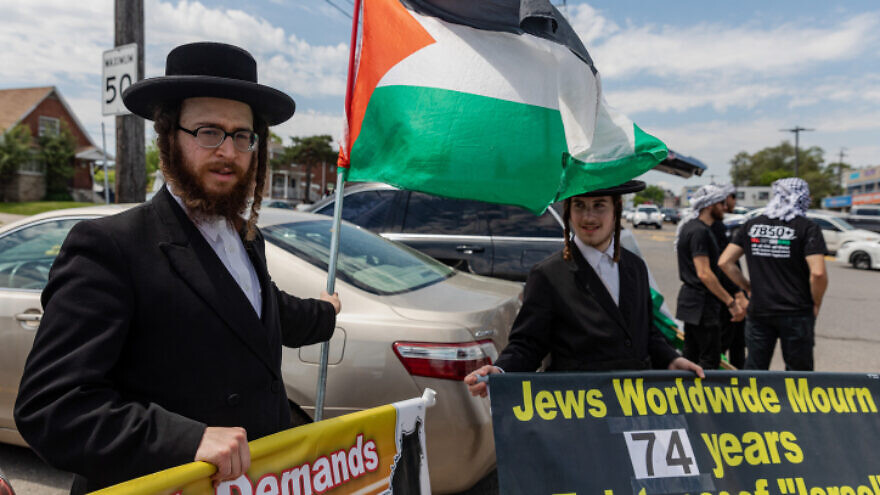 (January 10, 2023 / JNS) A delegation of the radical anti-Zionist Haredi Neturei Karta faction visited the city of Jenin in Samaria on Monday, where they met with a member of the Palestinian Islamic Jihad terrorist group, according to Israel News Network.

The delegates waved Palestinian flags as they walked through the city.

A local Palestinian labeled them “settlers” and called on local gunmen to kidnap them, according to a report on Monday by Mako. A number of gunmen indeed attempted to harm the Jewish visitors, but the attempts were thwarted, according to the report.

In 2020, members of Neturei Karta attended the funeral ceremony of the late Iranian Quds Force commander, Qassem Soleimani, in Iran, following his assassination by the United States in Iraq.