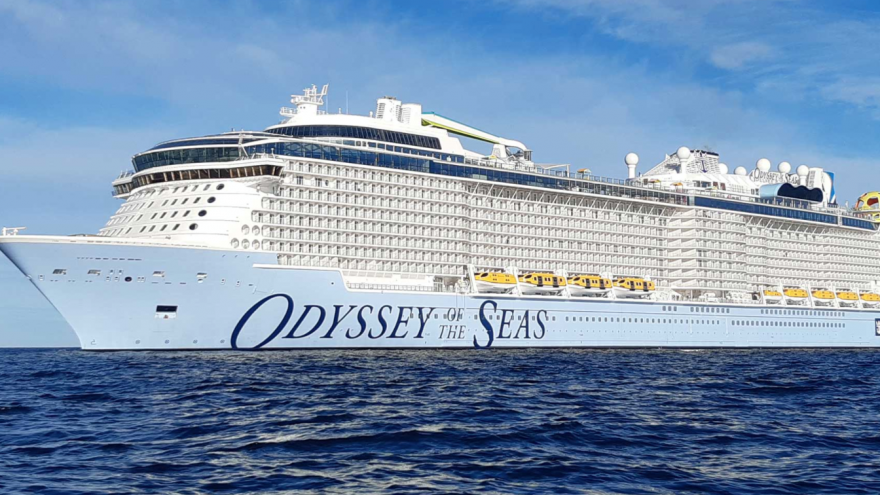 (April 21, 2021 / JNS) Israel’s success in vaccinating its population against the coronavirus and its opening in the face of the global pandemic will allow its residents to do something people in other countries can only dream about right now: Go on a cruise.

Royal Caribbean International announced recently that its new cruise ship, Odyssey of the Seas, will set sail from Haifa starting in May.

The ship’s crew is fully vaccinated with tours open just for Israeli residents 16 and older who are likewise vaccinated. The requirement harkens back to early on in the pandemic when cruise ships became a hot spot for the virus with ships quarantined at sea before unloading sick passengers.

The three- to seven-night cruises will travel down the Mediterranean, stopping in Greece and Cyprus.

“Sailing from Israel is an opportunity we have had our sights on for quite some time,” said Michael Bayley, president and CEO of Royal Caribbean International, in a statement. “We greatly appreciate the government of Israel for their collaboration and confidence in us to deliver memorable cruise experiences to their residents … .”

Israeli Prime Minister Benjamin Netanyahu said in a statement, “Thanks to the millions of vaccines we have brought, I am proud that Israel will be the first country in the world to launch Royal Caribbean’s new flagship. Royal Caribbean’s decision to come to Israel is a significant expression of confidence in our policy.

According to media reports, the ship, which at 1,138 feet is more than three times the length of a football field, was originally slated to leave from Rome. Because of ongoing concerns about COVID-19, Royal Caribbean changed its base to Haifa. After a summer in Israel, the ship will sail to the Caribbean Islands, where it will be stationed for winter cruises.

Haris Theoharis, Greece’s minister of tourism, said in a release that recent travel agreements with the Jewish state are “already bringing results,” and with the new cruises, “more people will have the opportunity to have unique experiences in our beautiful destinations and islands.”