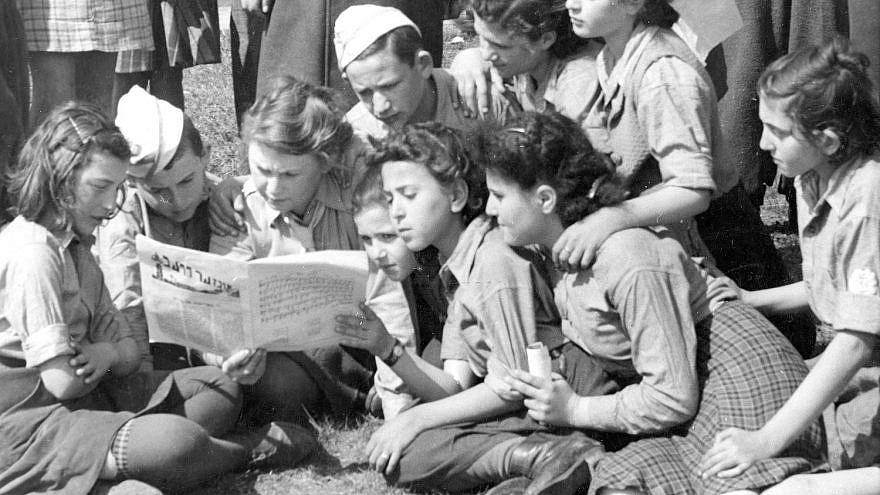 (January 13, 2023 / JNS) Stateless survivors of genocide with nothing left to their names, many of Europe’s remaining Jews began to rebuild their lives in displaced persons camps scattered around the continent.

A new exhibit at the United Nations headquarters in New York City, planned in conjunction with the YIVO Institute for Jewish Research, tells the story of how, in the aftermath of catastrophic loss, Jews found the desire to live again.

“After the End of the World: Displaced Persons and Displaced Persons Camps” examines the responses of the United Nations Relief and Rehabilitation Administration (UNRRA), the first multinational response of its kind, and of Jewish Holocaust survivors in the immediate post-war years. It includes photographs, posters and even dolls crafted by children in the camps.

“What it all testifies to is the extraordinary energy that the Jewish people—who had suffered so much, who had gone through such unimaginable hell, who had lost their homes, children, parents, spouses, brothers, sisters, their homeland—had,” Jonathan Brent, YIVO CEO and executive director, told JNS. “You see this extraordinary power of their will to live, to create a future for their children and themselves that is connected to their heritage to their traditions.” 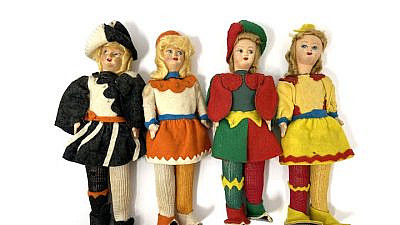 Dolls made by stateless Jewish children residing in a DP camp near Florence, Italy, known as “Kibbutz HaOved”, with help from funds provided by the American Jewish Joint Distribution Committee. The dolls are attired in local costumes based on the districts of the Tuscan city of Sienna. Credit: YIVO Institute for Jewish Research.

Among YIVO’s contributions are posters created by camp residents reflective of their daily life, along with newspapers and announcements of cultural, sporting and political events. A toy teddy bear, dolls and a frog, all crafted by the camps’ children, are also included in the exhibition. Two members of YIVO’s board of directors lived in displaced persons camps following the Holocaust.

“Coming through the hell of the Shoah, of the Soviet labor camps, of all of that psychological, emotional, social, economic trauma, and to retain that desire to live is a tremendous testament to the vitality and to the essential wellspring of the life force of the Jewish people,” said Brent.

Tracey Petersen, manager of the Holocaust and United Nations Education Outreach Programme, told JNS that the exhibition places at its heart  the stories of Holocaust survivor, drawing on documents and photographs of the United Nations Archives and Records Management Section and the YIVO archives “to illuminate the relationship between the survivors and the UNRRA administrators.”

Correspondence from survivors and family members trying desperately to track down one another are drawn from the United Nations Archives.

What stood out for Petersen was “the compassion and dedication of administrators evident in their reports that they submitted to the Head Office” in what was the first multilateral and multinational coordinated response to a humanitarian crisis brought on by war. “I found particularly moving the letters and correspondence between the family of survivors, DP camp personnel and administrators from the Central Tracing Bureau in trying to locate and reunite families torn asunder by the Holocaust.”

The exhibition also shines a light on the challenges of rebuilding, as much of the world shunned potential Jewish immigration and acceptance of survivors displaced by the Holocaust. Brent noted that while for those exiting from the DP camps, “There was no happy ending. The coming to America was difficult. They often wound up in impoverished circumstances and fought their way out of it.”

Professor Debórah Dwork, director of the Center for the Study of the Holocaust, Genocide, and Crimes Against Humanity at the Graduate Center—CUNY, served as a scholar advisor for the exhibition.

“It also addresses the challenges survivors faced and the sorrow they carried as they began life anew,” said Dwork. “We want to believe that survivors’ problems ended with liberation. They didn’t.”

The exhibition runs through Feb. 23. Entrance to the United Nations Visitor Centre in New York is free, but there are requirements for all visitors.

“This outstanding exhibition helps to prevent the total loss of historical memory of an important event, the in-gatherings of hundreds of thousands of survivors of the Holocaust, from more than a dozen countries, and the millions of stories they in turn preserved,” said Max Gitter, emeritus director and vice chair of the YIVO board, who spent five years as a child in DP camps in the late 1940s. “More such exhibitions are needed.”

According to Brent, “It’s a great story, a tragic story and a sad one. This story needs to be told.”