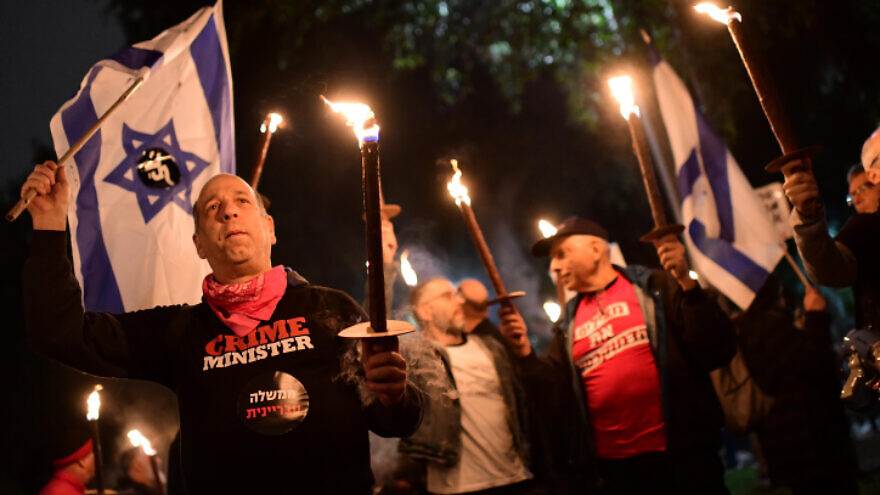 (January 11, 2023 / JNS) The New Israel Fund, a U.S.-based NGO that provides financial support to progressive and anti-Israel groups, sent an email to supporters on Tuesday taking credit for recent protests against the government.

“The New Israel Fund assisted with a special grant to the many civil society organizations that took part in the production of the huge demonstration on Saturday night in Tel Aviv,” the email quoted by  Channel 14 stated, referring to a protest in the city’s Habima Square attended by more than 10,000 persons.

“Shatil from the New Israel Fund took part in coordinating and synchronizing the various parties that participated in the show of force,” it continued.

Shatil is the operating arm of the New Israel Fund in Israel. According to Shatil’s website, “We support organizations and activists working to strengthen democratic society, offering cutting-edge capacity building, training, and guidance.”

Channel 14 described the email as “precedent-setting,” as the New Israel Fund generally keeps a low profile and “works behind the scenes.”

The New Israel Fund also took responsibility for helping the group that organized “the demonstration in front of the Knesset on the day the new government was sworn in and also for holding the LGBT demonstration that took place on that very day.”

The organization also announced an emergency grant to the Association for Civil Rights in Israel (ACRI) to conduct a digital campaign including the production of short films to explain the meaning of the policies the new Netanyahu-led government intends to institute.