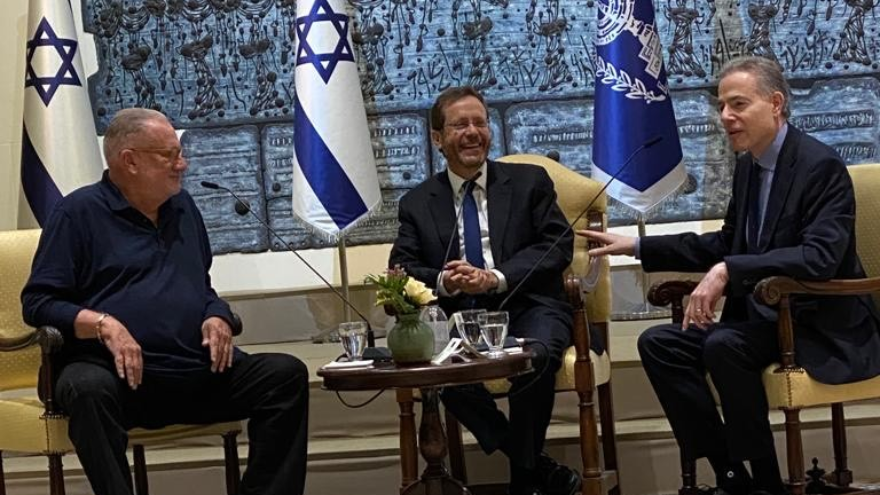 (July 10, 2022 / JNS) Dani Naveh worked for peace during his political career, and now, as the president and chief executive officer of Israel Bonds, he has the opportunity to enjoy its fruits.

In May, Naveh—a former Likud Party minister and peace negotiator—led an 80-member Israel Bonds delegation on a 10-day journey to the United Arab Emirates, Bahrain and Israel to show support for the Abraham Accords. Israel Bonds, the better-known name for the Development Corporation for Israel, is the United States-based underwriter of debt securities issued by the State of Israel.

The mission consisted of meetings with high-level officials, including Israeli President Isaac Herzog, Bahraini Finance Minister Shaikh Salman bin Khalifa Al-Khalifa and others who were involved in the Abraham Accords negotiations.

For the first time, Israel Bonds held a board meeting in Jerusalem, next to the King David Hotel, where in 1950, Israeli Prime Minister David Ben-Gurion convened a meeting of American Jewish leaders to propose issuing bonds to raise funding for the nascent Jewish state.

Naveh, who served as Benjamin Netanyahu’s first cabinet secretary, chaired the Israeli Steering Committee for negotiations with the Palestinians from 1996 to 1999, playing a central role in the Wye River Memorandum and the Hebron Protocol, back when peace with the Palestinians seemed possible. An eight-year stint in the Knesset was followed by a decade and a half in the private sector in leadership roles in health care and technology. Last year, he was approached by Israeli Finance Minister Avigdor Lieberman about taking the reins at Israel Bonds. After taking office in December, Naveh has been focusing on key areas of growth and opportunity. He is in place for five years as a non-political appointee.

“My main strategic plan for the next five years is promoting new leadership. We have such great supporters that are my age, but I think it’s so important for Jewish communities and for the State of Israel to take more and more efforts to reach out to the younger population, to have more and more people connected to Israel, to the different kinds of activities of Israel Bonds,” said Naveh, pointing to a tech and professional division he is forming. 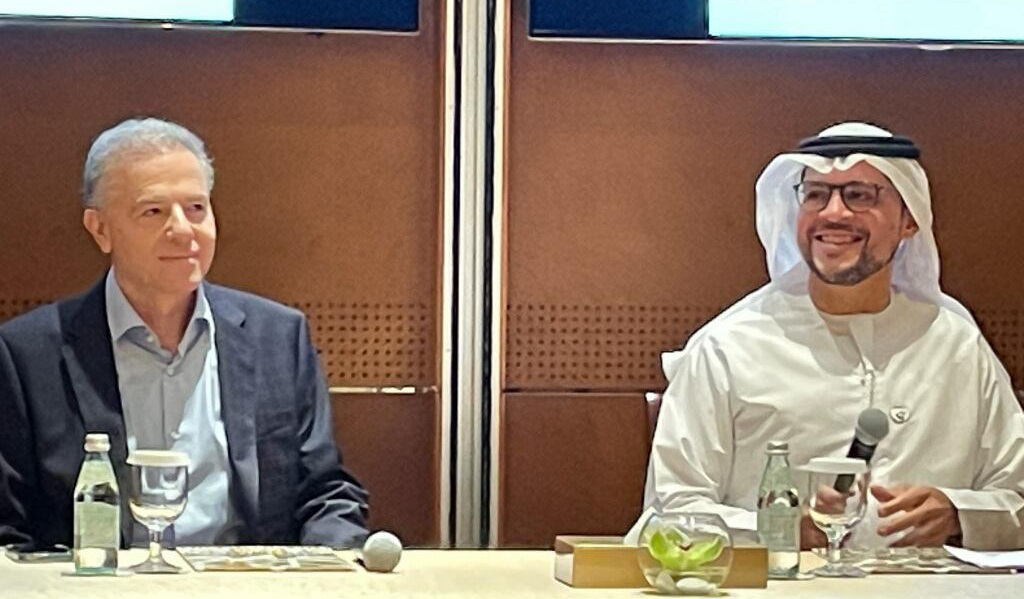 ‘We call it a double mitzvah’

Additionally, Naveh is pushing for collaboration between various Jewish organizations, entities and groups that have different agendas but share the common bond of strengthening Jewish identity and the Jewish connection to Israel. This year, he presented new Shalom Bonds, which are one or two-year bonds that can be purchased exclusively to donate to religious, charitable, literary, scientific or educational organizations.

“We call it a double mitzvah. You can make an investment in Israel Bonds and donate to different kinds of organizations for many other good causes. And this is part of my agenda—to really make these kinds of collaborations better and larger,” said Naveh.

Since its inception, Israel Bonds has raised $47 billion. It was allocated a goal of $1 billion for this year and hit the $700 million mark halfway through. While there may be sexier ways to invest in Israel, through its high-tech sector and elsewhere, Naveh says his message is that Israel Bonds represents an investment in Israel’s success story itself.

“Many, many years ago when Israel was established, it was a very risky investment. And today, Israel’s economy, prosperity and GDP are growing. Especially during these days of volatility in the markets, investment in Israel Bonds really preserves stability, with a selection of maturities and products,” said Naveh.

Beyond that, he points to current global events as a major reason why Israel Bonds are so necessary.

“When I was a kid in Jerusalem, we faced the Six-Day War and we literally had an IDF artillery base in our backyard. You could smell not only the gunpowder, but you could smell a fear for Israel’s future. Israel is still facing threats to its future. And the lessons, especially as you watch these terrified children in the bombardment on the streets of Ukraine, is that Israel must be strong enough to defend itself by its own capabilities, without the need to beg others. And in this respect, I totally believe that one of the best ways to do that is by those investments in Israel Bonds, by expressing your support by strengthening the Israeli economy and Israel’s future,” he said.

While Israel now has wider diplomatic avenues throughout the Middle East and Africa, Naveh said that during his tenure, in cooperation with the Finance Ministry and its Accountant General, he will continue to focus on markets in the United States, Europe, Brazil and Mexico, along with select Latin American countries. Still, the Israel Bonds mission to the Gulf looms large in Naveh’s eyes.

“The sight of those guest speakers standing behind an Israel Bonds podium and taking selfies with delegates were highlights we will always cherish,” he said.