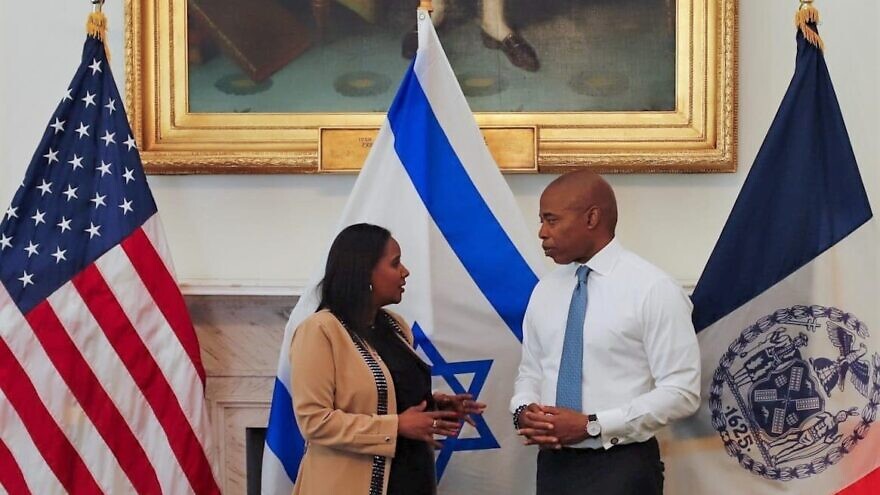 They talked about strengthening the connection between Israel and New York in the backdrop of a surge of support for Israel as part of the “Celebrate Israel Parade” that took place on Sunday down Fifth Avenue in Manhattan and was attended by tens of thousands of people.

Tamano-Shata—an Ethiopian-born immigrant to Israel and the first Ethiopian woman to enter the Knesset back in 2013—made it a point to say that “Eric Adams is a pioneer from the black community and a true friend of Israel. He exemplified New York’s key messages of equality and the creation of bridges between the various communities in New York. I thanked Adams for standing by New York alongside Israel during these challenging times, as we saw in the great march of support for Israel. He sees great importance in connecting with the Jewish communities in his city for increased security in their districts.”

She added: “I was inspired to hear the fascinating story of his life as a member of the black community who, following incidents of police violence and inequality of opportunity he experienced himself, decided to enter the police and then politics to change and correct from the most significant roles.”

The two also discussed the rise in anti-Semitism in the city, particularly in areas with significant Jewish populations.