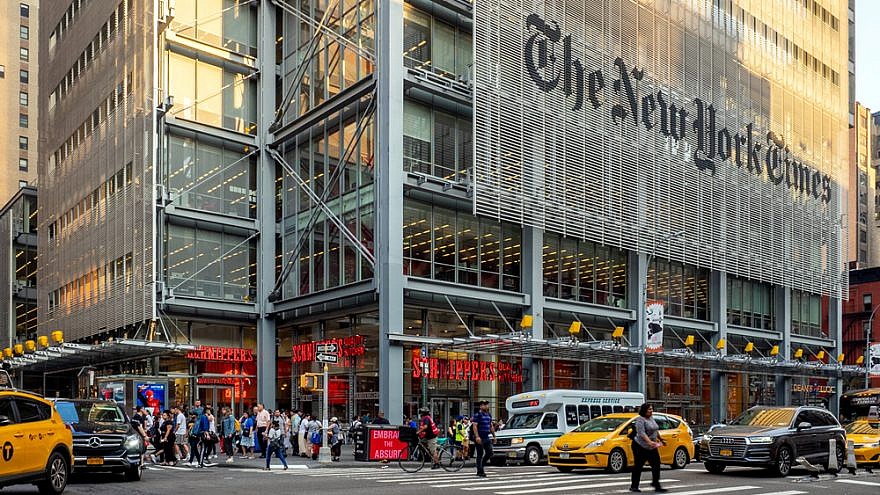 (August 14, 2022 / JNS) The New York Times has cut ties with Gaza-based stringer Fady Hanona over a string of anti-Semitic social-media posts brought to light by Honest Reporting, the media watchdog said on Saturday.

The NGO, which according to its website “monitors the media for bias against Israel,” printed a list of posts by Hanona, who was a contributor to at least six articles published by the Times during the latest round of fighting between Israel and Gaza-based terror groups.

Most recently, he shared a now-deleted propaganda video of terrorist groups in Jenin on Facebook, calling on Palestinians to return to “the culture of fighting and killing Israelis.”

“I don’t accept a Jew, Israeli or Zionist, or anyone else who speaks Hebrew. I’m with killing them wherever they are: children, elderly people, and soldiers,” wrote Hanona. “The Jews are sons of the dogs. … I am in favor of killing them and burning them like Hitler did. I will be so happy.”

A spokesperson for The New York Times told the Algemeiner Journal that the paper “had worked with this freelance reporter only in recent weeks. We are no longer doing so.”

Honest Reporting also said that during the 2014 IDF operation in Gaza, known as “Operation Guardian of the Walls,” Hanona took to social media to threaten the murder of Ghassan Alian, an Israeli Druze who commanded the IDF’s Golani Brigade at the time.

Then, on Aug. 18, 2014—days before a ceasefire took effect between Israel and Hamas—he urged the Palestinian “resistance” to reject a truce and continue its missile attacks on Tel Aviv, which had at that point already cost the lives of five civilians. In another post from the same month, he went as far as invoking Adolf Hitler to support his point about the strength of Gazan fighters.

“As Hitler said, give me a Palestinian soldier and a German weapon, and I will make Europe crawl,” he wrote.

According to Honest Reporting, Hanona has also been hired by the BBC, The Guardian and VICE News. The watchdog has called on the media outlets to terminate his employment as well.