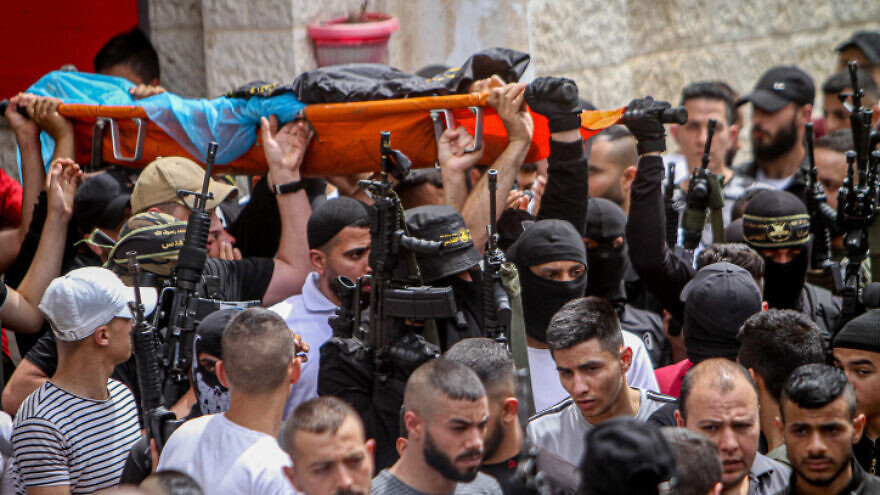 Armed members of Palestinian Islamic Jihad participate in the May 21, 2022, funeral of a Amjad Fayed, who was killed during a gun battle with Israeli forces in Jenin earlier in the day. Photo by Nasser Ishtayeh/Flash90.
Spread the word.
Help JNS grow!
Share now:

(May 22, 2022 / JNS) One Palestinian was killed and another seriously wounded in Jenin overnight on Friday in a gun battle with Israeli forces, according to Israeli media reports.

The fatality, identified by the Palestinian Authority’s WAFA news agency as Amjad Fayad, was a member of one of the armed factions in the Jenin refugee camp, according to Ynet.

In a statement, the IDF said soldiers conducting a counter-terror raid in Jenin had returned fire after being targeted with firebombs and an explosive device, as well as a drive-by shooting.

On Saturday, P.A. Prime Minister Muhammad Shtayyeh condemned Fayad’s death and called on the international community to “hold Israel accountable for its acts,” warning of “serious consequences of these repeated crimes.”