(March 13, 2022 / JNS) The bitter hostilities between Russia and Ukraine are accompanied by widely reported instances of indiscriminate targeting by the Russian military forces of civilians and civilian centers, as well as nuclear power plants, grave breaches of the Geneva Conventions and the use of weapons outlawed by international law.

The bombardment of civilian areas across Ukraine has led to hundreds, possibly thousands, of deaths and has forced a wave of refugees numbering in the millions to flee their homes.

Political action within the United Nations Security Council and General Assembly has been an unsuccessful and ineffective effort to halt the fighting and settle the conflict by peaceful means pursuant to the Charter of the U.N. The violations of international law and the allegations of war crimes and crimes against humanity have generated a series of legal consequences in the international legal bodies.

In a statement issued on Feb. 28, the prosecutor of the International Criminal Court, Karim Khan, acknowledged that “there is a reasonable basis to proceed with opening an investigation by the Court.”1 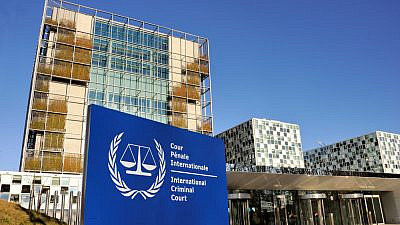 Citing detailed data in a 2020 ICC report on its annual activities, he concluded that the criteria for proceeding with an investigation with regard to war crimes and crimes against humanity committed in Ukraine, both regarding the 2014 Russian occupation of Crimea, as well as the present ongoing hostilities, are within the jurisdiction of the court, the subject matter of the alleged crimes, their admissibility by the court and the interests of justice.2

Accordingly, on March 1, the prosecutor informed the court of his intention to open an investigation.3 He subsequently announced on March 2 that the court had received referrals by no less than 39 states parties to the ICC Statute, including Germany, France, Spain and Italy, with Canada, Australia and New Zealand among the non-E.U. states calling upon the court to open such an investigation against the Russian political and military leadership.4

Parallel to the referrals to the ICC, on Feb. 27, Ukraine filed a petition against Russia with the International Court of Justice at The Hague (ICJ),5 arguing that Russia had made unsubstantiated accusations against Ukraine of genocide to justify its aggression against Ukraine. In so doing, Ukraine claimed that Russia was in violation of the 1948 Convention on the Prevention and Punishment of the Crime of Genocide (the “Genocide Convention”).6

Subsequent to this petition by Ukraine, the ICJ held its first hearing on the “Ukraine v. Russian Federation“ case on March 7, and called on Russia to enable the court to determine provisional measures pending the hearing of the case.7 On the first day of the hearing, however, Russia refused to attend.8

Clearly, the intensity of this conflict, the multiple violations of international law that are occurring, the economic and humanitarian consequences and the response of the international community are all indicative of the unprecedented seriousness of this conflict and the danger that it poses both to international peace and security and to the world order.

Implications on other regional and local conflicts

These factors inevitably give rise to the need to place into the correct proportion those other, comparatively minor, regional and local conflicts that have engaged and continue to engage the international community.

In light of the above-noted serious, urgent and drastic legal proceedings regarding the Russia-Ukraine crisis being taken in the international judicial bodies, the incessant Palestinian manipulation and abuse of those same international juridical bodies as a major Palestinian weapon in their “lawfare” campaign against Israel must be viewed in the correct contextual proportion.

Indeed, in various media and radio interviews at the beginning of this month, Palestinian spokespeople expressed considerable concern and indignation that the international community, including those same international judicial bodies in which they actively engage, are immersed in the legal proceedings regarding the Russia-Ukraine war, rather than pursuing Israel.9

Such Palestinian lamentations are misplaced, misleading and manipulative.

Witnessing the open warfare, the massive bombardment of civilian population centers and the waves of refugees, the Palestinian attempt to compare or equate the Palestinian issue with the immensity and lethality of the Russia-Ukraine conflict and its handling by the international community is patently flawed and presumptuous.

In a situation where no less than 39 state parties to the ICC Statute have made a formal referral to the court requesting the opening of an investigation, and where the prosecutor has formally pointed to clear violations of international law, crimes against humanity and war crimes, no equation can, or should be made, between these horrors and the legally questionable Palestinian complaints to the court.

The international community in general, and the prosecutor of the ICC in particular, are well aware of the jurisdictional questions facing the court regarding any possible exercise of its jurisdiction in disputed territories. This is because the permanent status and sovereignty of the territories have yet to be determined by negotiation between Israel and the Palestinian leadership, pursuant to the internationally acknowledged agreements between the PLO and Israel.

Such jurisdictional issues are no less relevant regarding the Palestinian status vis-à-vis the ICC. While claiming to be a state member of the court, there are serious legal doubts about the validity of their claim to statehood and their claim that the territories are sovereign Palestinian territories in which the Court can exercise its jurisdiction.

Fires in the Negev Desert in Israel as a result of arson terrorism from Palestinians in Gaza, July 2018. Photo by Tom Oren-Denenberg.

Similar legal doubts exist regarding the substantive validity and admissibility of the Palestinian referrals to the court against Israel and whether they meet the criteria established in the court’s statute as to the gravity of the complaints and whether they serve the interests of justice.

In fact, compared to the massive, urgent, and severe humanitarian issues arising in the context of the ongoing Russia-Ukraine conflict, as formally stressed by the ICC prosecutor in his official statements, the Palestinian issue deserves no comparison.

The attempts by Palestinian spokespeople, NGO movements and international media to equate Israel’s actions in the territories with the massive international-law violations, war crimes and crimes against humanity committed in the Russia-Ukraine conflict are no less presumptuous and manipulative.

Attempts to draw comparisons between the Russia-Ukraine conflict and the Palestinian issue are patently false, malicious and manipulative, and should not be entertained.

Israel expends considerable efforts to ensure that its actions to defend itself from Palestinian terror attacks accord with all international norms and relevant conventions. It does not engage in the mass bombardment of civilians, the use of illegal weaponry or the starvation of the civilian population.

Attempts to equate and compare the vital international judicial activity in the ICC and the ICJ in the context of the Russia-Ukraine conflict with the politically generated Palestinian delegitimization campaign against Israel using the ICC and other international bodies are no less malicious and false.

They should be rejected out of hand. There is absolutely no logical or realistic basis for such comparison.

5 The ICJ is the principal judicial organ of the UN dealing inter-alia with litigation between states that have accepted its jurisdiction. The ICC is the independent judicial institution dealing with the most serious crimes committed by individuals.

Ambassador Alan Baker is director of the Institute for Contemporary Affairs at the Jerusalem Center and the head of the Global Law Forum. He participated in the negotiation and drafting of the Oslo Accords with the Palestinians, as well as agreements and peace treaties with Egypt, Jordan and Lebanon. He served as legal adviser and deputy director-general of Israel’s Ministry of Foreign Affairs and as Israel’s ambassador to Canada.