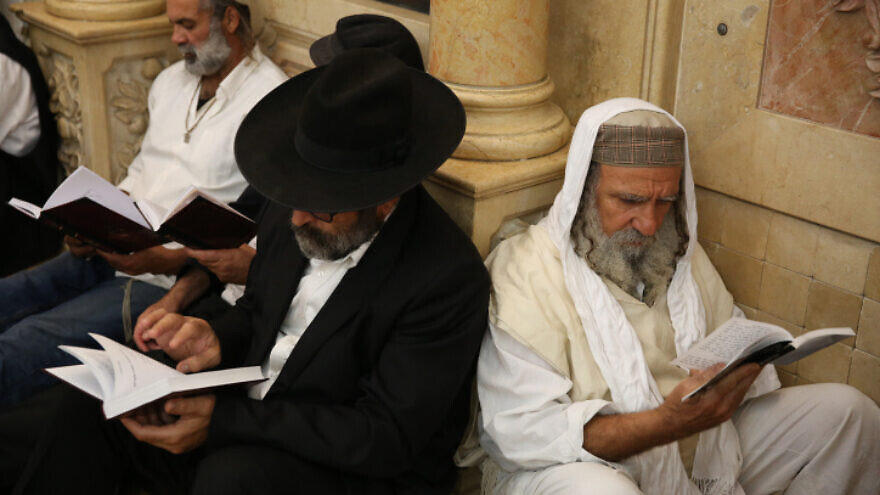 (July 12, 2021 / JNS) The 20th annual Tisha B’Av program on July 18 sponsored by the Orthodox Union will not only focus on traditional themes surrounding the destruction of the First and Second Temples, as well as other historical calamities in Jewish history, but will also mourn recent worldwide tragedies that have impacted the community.

The event will feature two live sessions, the first of which will broadcast from the Orthodox Union’s Seymour J. Abrams Jerusalem World Center beginning at 9 a.m. Israel time. The second will broadcast live at 9 a.m. Eastern Standard Time from Congregation Keter Torah in Teaneck, N.J. Both sessions are also open to in-person attendance, free of charge to the public following their current local COVID-19 guidelines for religious gatherings. They can also be viewed live online.

OU executive vice president emeritus Rabbi Dr. Tzvi Hersh Weinreb’s lesson will be available all day for those in different time zones. Titled “Ever to Remember, Never to Despair,” he will explore recent tragedies that have befallen the Jewish community internationally, including the incident at Mount Meron during Lag B’Omer in April; Hamas rocket attacks in Israel in May; and the condominium collapse in Surfside, Fla., in June. He will conclude with words of hope.

The lesson will feature ASL translation facilitated by Yachad, the OU’s organization for individuals with disabilities.

“Throughout the last year-and-a-half, we have looked for ways to support Jewish communities around the country,” said managing director of OU Torah Initiatives Rabbi David Pardo. “Rabbi Weinreb, Rabbi Weil and Rabbi Nissel’s messages are always profoundly relevant, instructive and inspiring, and their focus on our community’s recent tragedies will undoubtedly help us to emotionally connect with the atmosphere of the holiday and thus benefit us all.”